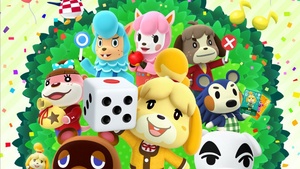 While some means of entertainment have nearly disappeared amid COVID-19 – yes, it's movie theaters – other are able to profit from the vexatious situation.
Video game industry has been nothing but booming in the past couple of months. According to CNBC, games like Nintendo's new Animal Crossing: New Horizon has managed to sell more than 1.8 million units in the first three days. In the UK, the game sold during the premiere weekend more than the previous installments combined during their first three day period.

Although previously Animal Crossing hasn't been a top triple-A title in terms of sales, the new game seems to have hit a perfect timing.

Another massive success has been id Software's and Bethesda published Doom Eternal, which was released just a couple weeks ago. According to the the developer, Doom Eternal sold twice as much as it's predecessor.

Other game releases that might be of interest later this month include Final Fantasy 7 Remake, Gears Tactics and Fortnite Chapter 2 Season 3. Riot Games' first-person shooter Valorant is currently in beta.
Tweet
Tags: COVID-19 coronavirus Doom Eternal Animal Crossing video games
<Apple's manufacturing partner's revenue is returning to normal, but is worst over? >Microsoft expands Project xCloud availability
Previous Next
Comments have been disabled for this article.