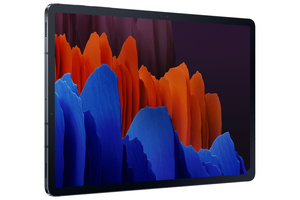 Samsung's Unpacked gave us most importantly the new Galaxy Note20 smartphones but the company had a lot of somewhat secondary devices to show.
One of these was the new Galaxy Tab S7 and its better-equipped sibling Tab S7+. The new S7 is only a slight upgrade – with one major improvement – to last year's S6.

Regular S7 features a 11 inch LCD display with QHD resolution while the S7+ upgrades it to a 12.4 inch OLED panel and slightly upgrading the resolution along with the size increase.

Both of the new displays have 120 hz refresh rate which is probably the most important upgrade over the last year's model. 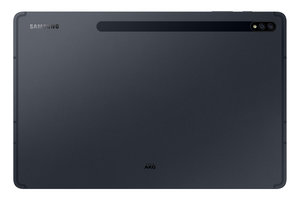 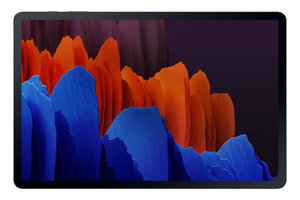 Design-wise it's very similar to last year's model with the dual camera setup in the back and somewhat tapered edges. Fingerprint sensor can be found on the regular model on the power button while S7+ has an in-screen fingerprint sensor.

In addition to the improvements in refresh rate, the new S Pen is among the more important upgrades. This year Samsung has managed to improve upon the latency of the S Pen tremendously.

With AI and hardware upgrades the S Pen latency is now down to 9 ms and much closer to a real life pen than before.