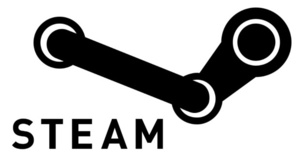 Steam has revealed their 2020 figures in a post they call "2020 Year in Review." The company's fifth annual review includes some stats, including player numbers and most popular games.
The service broke new records with a whopping 120 million monthly active users and 62.6 million active users every day on average.

Steam recorded a peak to 24.8 million concurrent players, which happened during the bug-ridden Cyberpunk 2077 launch.

The situation the world has been for the past year has no doubt tremendously increased the usage of this online platform as well. A total game time recorded was 31.3 billion hours which is a massive 50.7% increase to the previous year with around 20 billion hours. 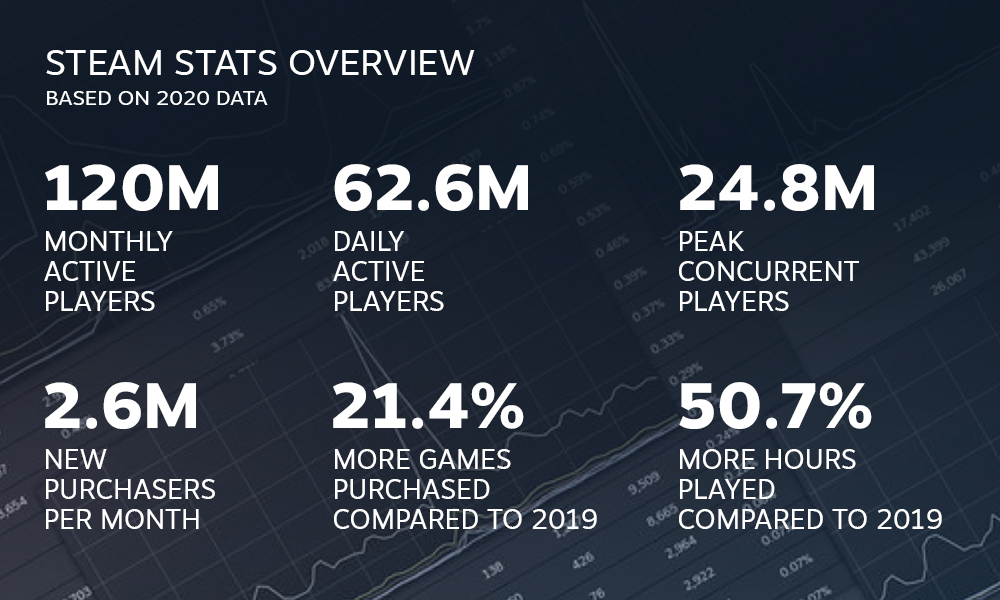 Not only was the year a success for Steam, according to the company it was good for the developers and publishers too. The number of games that grossed more than $100k increased by 36%. Seasonal sales also broke records. 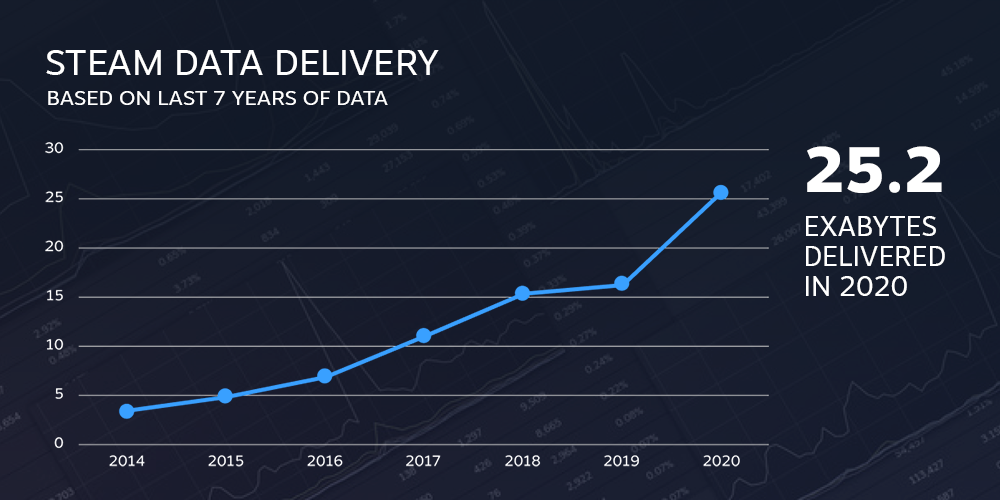 Viagra (sildenafil) relaxes up muscles found within the dividers of veins and extends cardiovascular system to explicit zones of the body.

henreyj
Comments have been disabled for this article.