Recent headlines | Lithuania: Don't buy Chinese phones! If you use one, get rid of them
AfterDawn > News > Huawei drops out of phone manufacturers Top 5, even in China

Huawei drops out of phone manufacturers Top 5, even in China 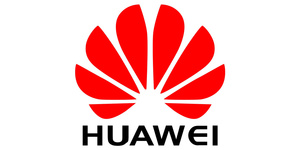 Ever since United States set up its trade ban against Chinese tech giant Huawei, company's phone business has been shrinking - rapidly. Recent figures show that Huawei's phone business is almost gone by now.
Few years ago Huawei managed to become the largest phone manufacturer in the world, but only very briefly. Ever since that, Huawei has been in deep trouble with its phone business. With no access to Google's services for its Android and lack of access to Western chip patents and manufacturing, it hasn't been properly able to build even phones for its own home market where Google's services aren't used.

Interestingly, previous Huawei's sub-brand, Honor has gained market share in China ever since the brand became its own, independent company. Honor sold 6.9 million phones in China and was the fifth largest manufacturer in Chinese market, with 8.9 percent market share.

Only non-Chinese brand to make it to the top 5 was Apple - Appple sold 8.6 million phones in recent quarter, getting a market share of 10.9 percent. Xiaomi was the fourth biggest player in Q2/2021.
Tweet
Tags: China huawei
<New version of PS5 confirmed >No more Linux games - developers switching to Valve's Proton
Previous Next
Comments have been disabled for this article.