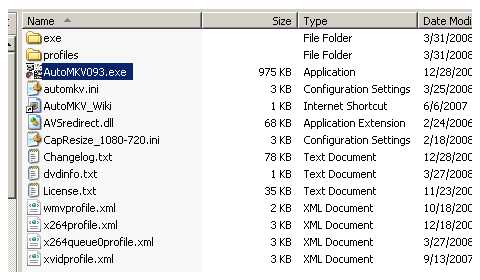 
AutoMKV doesn't have an installer. It comes in a RAR file, which is an archive format similar to the more common Zip file. I use the free 7Zip tool to unzip RAR files, but you can also use the official tool, WinRAR. You can unRAR (unzip) the files anywhere and then run AutoMKV.


When you run it for the first time it will prompt you to do some additional configuration. The first prompt you'll be greeted with is an option to use Nero's free AAC encoder, which requires that you download from Nero's website as they don't authorize third parties to distribute it.

Clicking the Yes button will open up Nero's website in your browser, where you should be able to find a download for the AAC encoder. It will be a zip file containing a total of four programs. Two of the files, neroAacEnc.exe and neroAacEnc_SSE.exe are the actual encoders. Unless you have an old computer you should be able to use the SSE version. If you have problems with audio encoding you can try the other version. Regardless of which encoder is used, it must be copied to AutoMKV's bsweet folder.

If you're using the SSE version of the Nero encoder you'll need to rename it to remove the _SSE at the end. It should now be named neroAacEnc.exe instead. 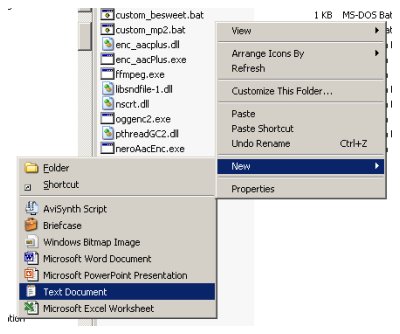 
If you prefer not to even download the Nero encoder you can create a text file in the BeSweet folder and name it noneroAacEnc.here. Right-click in AutoMKV's BeSweet folder you'll see a context menu with a New option. Under New you'll see different options, depending on what software is installed on your computer and how it's configured, but one universal option is Text Document. Once you select that option you'll see a new file, and be prompted for the filename. Name it noneroAacEnc.here and when Windows asks you if you're sure you want to change the file extension make sure to answer yes.

When AutoMKV starts from now on it will see this file and know you shouldn't be prompted to download the Nero encoder.