You can get to the Encoder setting page by either clicking on the active template at the bottom of the Template menu or double clicking on a source file that's visible in the main window. The main settings page has a lot of information on it. Fortunately a lot of it can be set once and forgotten immediately afterward. Some can even be ignored completely for as long as you have the software. For example, the Audio checkbox on the left side should be unchecked and left that way. CCE's MPEG encoder is known to be problematic, and except in rare cases you shouldn't have any need for that format anyway.

On the right side, starting at the top, the Mode section should always have MPEG-2 and 2-Pass VBR checked. Since you won't have any audio in your output, Elementary Stream should be automatically selected. If not, make sure it is and leave it that way. Underneath the Mode section, Quality Setting should always be unchecked. Clear at the bottom, make sure Deinterlace isn't checked. Now you're left with a minimal number of settings. 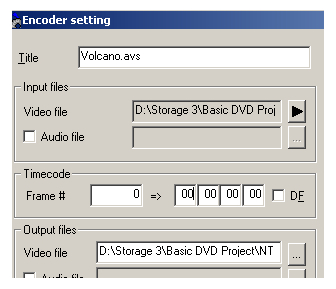 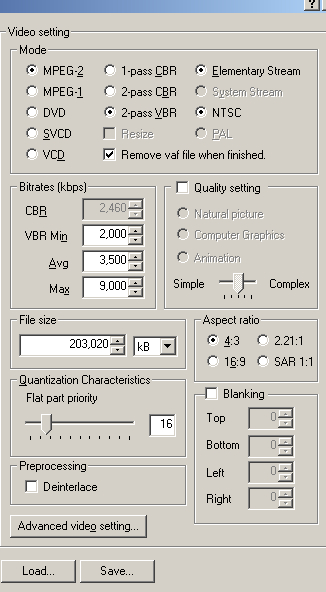