It has finally come! A PSP 2.00 downgrader by MPH. So many PSP users who wished to run homebrew on their device were stuck with newer firmware such as 1.52 or 2.00. This made running of homebrew code impossible. I believe that everyone should have the right to run their own code and we all shouldn't be limited to "authorized code" after spending money on the hardware. This is NOT a guide to show you how to pirate games for PSP. This is intended to show users of 2.00 PSPs how to downgrade to run legal homebrew, that's all!


NOTE: WHILE THIS METHOD HAS BEEN TESTED AND SHOWN TO WORK FOR MANY PSP USERS ALREADY, THERE IS NO GUARANTEE THAT YOU WONT SCREW UP YOUR PSP BY TRYING TO DOWNGRADE. THERE IS ALSO NO WAY OF TELLING IF THERE WILL BE ANY FUTURE PROBLEM DUE TO DOWNGRADE. IF YOU BREAK YOUR PSP, TOUGH! IT'S NOT MY FAULT AND IT CERTAINLY ISN'T THE FAULT OF MPH EITHER! YOU ARE THE ONE THAT WILL BE DOING THIS, NOBODY ELSE, SO IF YOU DO IT WRONG, OR ANYTHING BAD HAPPENS, IT'S YOUR FAULT!

We don't host any of those files yet, but I'm sure you will have no problem getting the files from other sites like PSPUpdates (excellent source for PSP news if you haven't noticed that already!).

A brief look at the method


Before we get on the to screenshots and bad quality photos i managed to capture of the process, I thought it would be good to give a small idea of what exactly has to be done. Firstly, this all started with the toc2rta exploit. An known issue discovered with the photo viewer led to the first homebrew code to be run on a PSP, and all it did was colour the screen. That was enough, it was simple proof of concept and without it, there wouldn't be a working downgrader now.

What had to be done originally was simple. You had two files, frame_buffer.png and overflow.tif. You had to transfer the frame_buffer.png file to the PHOTO folder on your Memory Stick and set it as the background (had to activate background in the theme settings). Then you had to add overflow.tif to the PHOTO directory. Now when you went to view photos the screen got coloured with a sort of yellow/light brown colour. Later on more stuff showed up for it, including the first working homebrew game; Tif Pong.

The same exploit is used by the downgrader. You add overflow.tif (the file is packed with the downgrader of course) to the PHOTO folder on your PSP. h.bin and index.dat had to be added to the root of the Memory Stick (outside the PSP folder). You have to create a new folder in the /PSP/GAME folder called UPDATE. Inside this folder you place the EBOOT.PBP file (not packed with downgrader, this is the update file, approximately 13MB).

Plug in the AC adapter. Then going to the PHOTO menu on the PSP caused what looks like a crash (a jumble of numbers appears). After about 30 seconds, reboot PSP (keep the power button pushed up until it turns off, it takes quite a bit longer than usual). Now going to the Game Menu, then to Memory Stick gave a new option, an upgrade to 1.50.

Run the update and follow the update instructions. An error comes up at 99%, don't worry, this is normal. Reboot PSP, you will receive another error, again this is normal. The PSP should then reboot itself (if not, reboot it yourself, i got this same error message twice before it rebooted itself). Now when it boots up, if everything was done right, you should have 1.50 firmware installed. Now lets look at the process fully with pics.


Unpack MPHDowngrader.zip and find and download the EBOOT.PBP update file for v1.50 (there is a link in the instructions file with the downgrader). Connect your PSP to your PC via USB connection (or use card reader etc. whatever way you can edit the Memory Stick - but remember i tested this with a USB connection, nothing else, so this is at your own risk). Now let's begin. 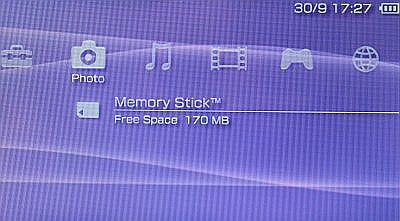 Go to your PSP Menu and Navigate to Photo. Select Memory Stick and press X (or O in some cases, whatever your main selection button is - from now on I will just say X). 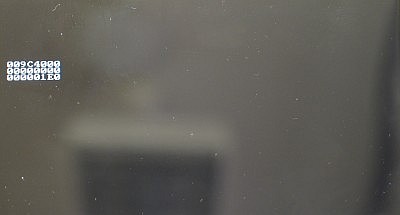 Now you will see a jumble of numbers, this is OK. Wait about 30 seconds or so and restart your PSP. (Hold the power button up as long as it takes to reboot the PSP, it will take much longer than usual, but it will turn off eventually.) A file will now have been created in your Memory Stick's root directory called index.dat.bak, check this out with your USB connection to be sure. 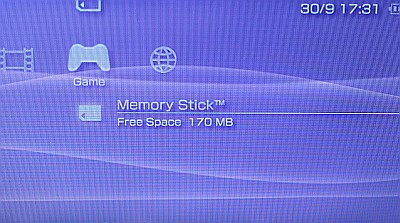 When you have booted your PSP again, on the PSP menu go to GAME and scroll down to Memory Stick. Press X. 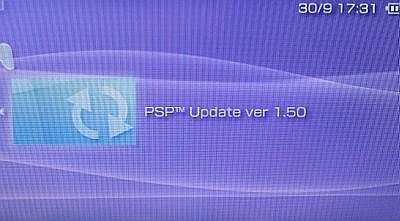 So far so good if you see this option to "update". Now you need to start the update process. Press X. 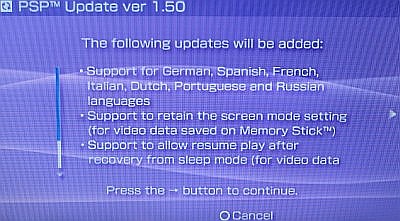 Now you will see what updates will be added (of course there will be nothing new for you, expect a few known bugs that allow you to run homebrew). Hit the Right Directional button to get to the next screen. 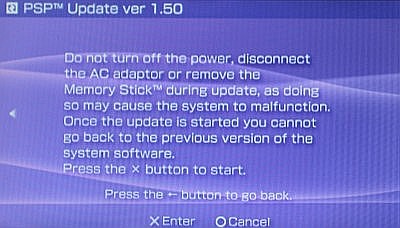 Don't ignore this warning. Do not interrupt the update process in any way! If you do, you may very well make crap of your PSP. 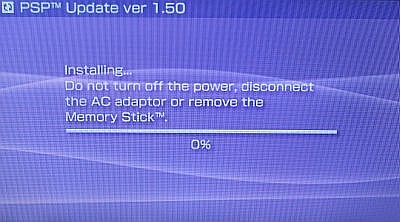 This is the vital process. It shouldn't take too long at all. 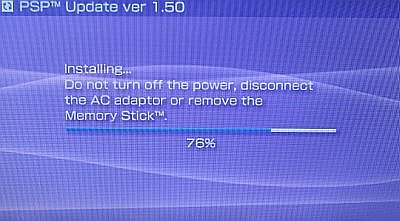 As you approach the end you have to be prepared to see an error at about 99% completion. This is normal. Look below for the error you will see. 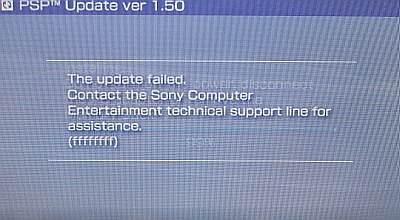 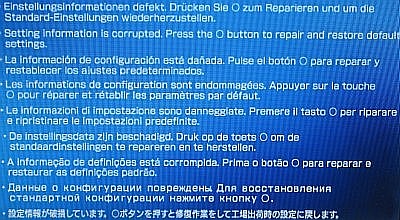 This is a scary looking error to receive when the PSP boots, but don't worry, again, everyone will (should) see this error message. The PSP should reboot itself if u press O. If it doesn't, then reboot it yourself. Remember that I got this error message twice. The second time I saw it the PSP rebooted and loaded up correctly. Most users that have tried so far only saw this error once so remember it's not un unusual to see it multiple times. 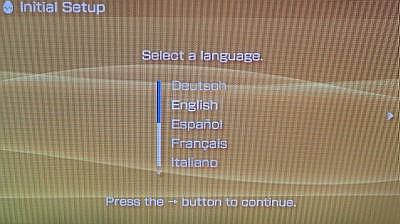 Just like the first time you switched on your PSP, you now have to set language, time and a nickname. Once you select an option, hit the right directional key to move to the next until eventually you have to hit X to save the settings. 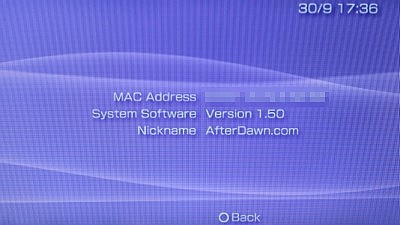 Go to the PSP Menu and move across to the Settings Menu. Scroll down to System Settings and open it. Now check out System Information and you should see something like the pic above. As long as it says System Software Version 1.50 it's all good.


Thanks on behalf of myself and everyone who uses this guide to MPH and of course thanks to the discoverers of the original exploit (toc2rta). There will be a lot of satisfied PSP users. :-) Remember, if the process went bad, I am sorry, but it is nobodies fault but your own, nobody pushed you to attempt to downgrade your PSP.