The infamous RROD error affects a large number of Xbox 360 consoles, particularly the older models like the one shown in this guide. There are a number of fixes that we would like to cover on this site for anyone unlucky enough to be out of warranty. Out of curiosity, I got my hands on an "Xbox 360 bulk repair kit" from Team Xecuter, which was basically just a heatpad cut into 40 pieces, and documented my installation of it to the Xbox 360 motherboard. 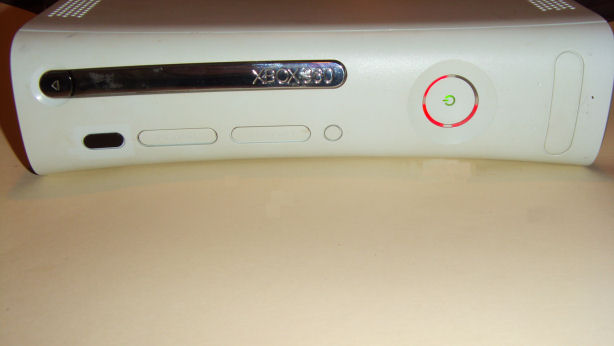 
The RROD problem has gotten considerable media attention as it seems to have affected a very large number of Xbox 360 consoles, particularly the earlier models of the console. It refers to what you see in Figure 1; three red lights making up 75% of the inner circle - not to be confused with the full ring of red lights which can indicate, for example, that the AV cable is not plugged in. The causes of this problem are widely debated, with most explanations linked to the heat that can be produced by an Xbox 360 console internally when being used.

Some claim that the design of the Xbox 360 console, which puts the DVD-ROM drive on top of the GPU heatsink possibly affecting the airflow to it, is to blame when combined with the X-Clamps used to hold the heatsinks to the board. When exposed to heat, some claim the X-Clamps warp the board which causes the RROD eventually.

Warning signs for RROD include freezing up, audio problems and graphics glitches. In my own case, I experienced game glitches for about a week before I got the result that is pictured in Figure 1. However, the Xbox 360 console does freeze and glitch occasionally in my experience, and unless it is very prevalent, it does not necessarily mean the RROD is on the horizon.

Team Xecuter came along with an RROD repair kit that included screw drivers to open the console and 4 heatpads. Since I already have screwdrivers and tools to open the console, I bought a bulk repair kit for about €12. In it I had a heatpad cut into 40 chunks (enough for 10 consoles). So I decided to check mine. Let's see. 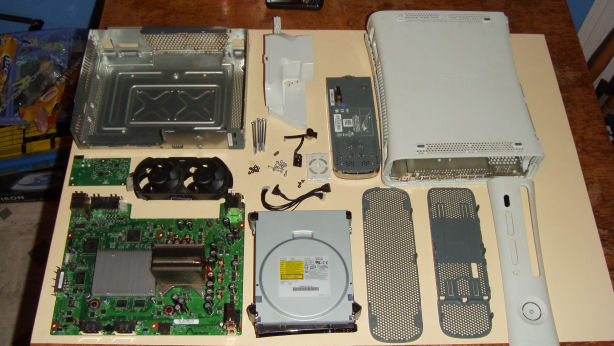 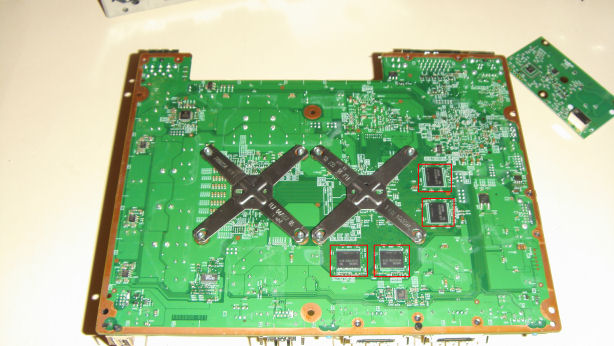 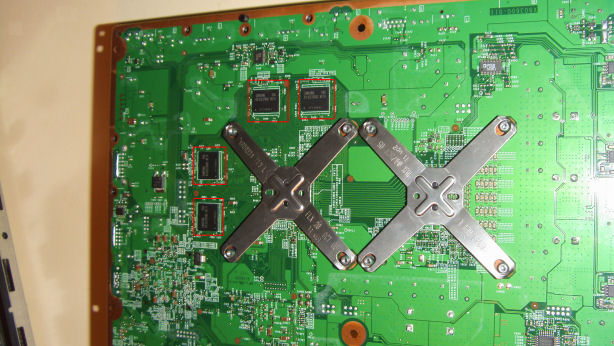 
On the underside of the Xbox 360 motherboard, beside one of the X-Clamps there are 4 chips. On the model I am currently using, there are no pads on the chips, but on newer models you can find pick pads on these chips. You will need to pull off those pink pads from the chips to put on the heatpads from Team Xecuter. 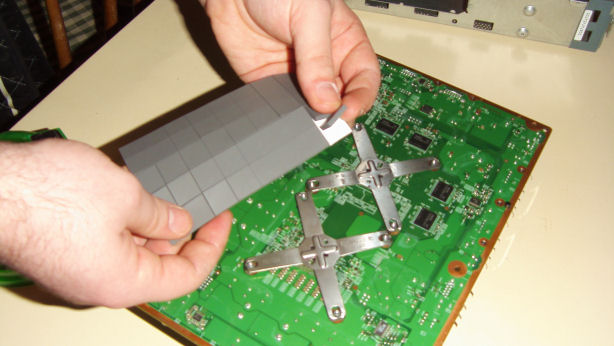 Figure 5: Break off 4 of the heat pads


If you have the bulk kit like I have (Figure 5), then just pull away four of the square heat pads from it. The underside of them is sticky. At first, it does not seem like it will stick to the chips and hold, but if you stick it to the chips with enough pressure it will stay stuck, and later on the inner shell of the Xbox 360 case will keep it pressed on top of the chips. Some people have commented about the need to add glue, I would advise you do not do that unless you really have no other choice.

Stick to the chips 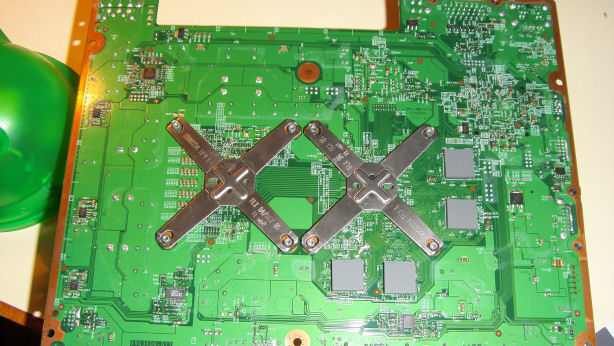 
Figure 6 shows how the underside of the motherboard should look once you have covered the four chips with the heat pads. In my experience the pads stuck on just fine with no need for extra glue. Remember when you put it in the case, it will be pressing against the side of the inner shell, therefore once you have the board in there, they really should not come loose at all.

Does it actually work?


Team Xecuter recommends that once you re-assemble the console with the heat pads added, you need to leave it switched on with the three red lights flashing for up to 60 minutes before rebooting to see the desired effect. My test showed that it actually does work, and the Xbox 360 console I tried it on has been working just as good as before for a couple of weeks since, which is not enough time for me to comment on the long-term effects just yet, but my console was experiencing RROD and it was out of warranty when it failed. Either way it was an interesting experiment and one in a series that I plan to write for fighting off the RROD error.


Hopefully you will benefit from looking over this article. If you would like to join in on discussion about the Xbox 360 console, you are welcome to do so in our Discussion Forums.