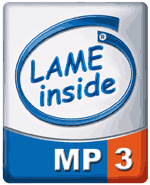 When the latest version of the LAME 3.96 MP3 encoder was released, there were reports on various websites, including this one, that the version is potentially buggy. In order to set things straight we decided to ask one of the main developers Gabriel Bouvigne about the new version.

What is your standpoint in the quality differeces in between versions?

Psychoacoustic encoders are not binary things. It is not "it works" or "it doesn't work".It is perfectly normal to encounter regressions on some samples while there are improvements on other ones. What is important is the global situation.

Regarding quality, I would like to add something: Several people are assuming that since 3.96 is quite faster than old versions, we are favoring speed over quality. This is totally false. We did not simplify the psychoacoustic model at all. All the speed improvements are purely algorithmic improvements. We think that an encoder should also be as fast as possible, and that speed is an important factor regarding encoder choice.

The version 3.90.3 is highly tuned by the Hydrogenaudio.org staff. Is it likely that a newer LAME generation would go through such an extensive tweaking and testing process, resulting in even higher quality?

Why are people always asking if new versions will be tuned? What do you think has been done during the very long v3.94 development period? It is unlikely that any new version will be clearly better than 3.90.3 when using settings "--preset standard" or "-V2", as these settings are transparent on a majority of samples.

You can expect new versions to be better than 3.90.3 in lower bitrates. This is (I think) already the case with the lower VBR settings ("--preset medium", "-V4", "-V5") which seems to be competitive against ABR modes, even if the general opinion is still that for lower bitrates VBR is not as good as ABR.We also asked Gabriel about the future of LAME and what to expect in the near future. He pointed out that they do not have a public roadmap for the project, as there are mainly four developers working on the LAME on their free time.

As a conclusion it appears that it is quite safe to upgrade your LAME to the latest version. As usual, get the latest from our software archive.
Tweet
<New FFDSHOW version released >Vivendi launches a tool to monitor campus networks
Previous Next Write a comment
Comments have been disabled for this article.