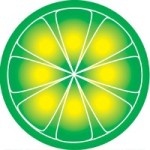 A creator of one of the first botnets that uses P2P technology to distribute instructions to drones has escaped a jail sentence. Jason Michael Milmont, 20, of Cheyenne, Wyoming was sentenced instead to five years of supervised probation, a year of home confinement and has been ordered to pay almost $37,000 in restitution.
"This young man has quite a bit of talent and we asked that he turn that talent toward good," said John Powell, a spokesman for the US Attorney's office in Cheyenne. "He's helped us somewhat toward that." He had been facing up to seven years in prison and a fine up to $250,000.

Milmont admitted last year to creating the Nugache Worm, which used a decentralized network to distribute commands among compromised machines, making it much harder to tackle a botnet. The worm was spread with phony AOL instant messenger and Limewire installers.

Milmont used the network to steal usernames and passwords for online accounts, as well as credit card details. He used stolen credit card information to purchase goods on the Internet, which he had delivered to vacant houses.
Tweet
<Matrox CompressHD for Mac boosts H.264 encoding >Microsoft: Windows 7 release in late 2009 a possibility
Previous Next

I see a documentary in twenty years of how they expoloited his talents for "good".

It's interesting to see a 20-year-old creating a botnet.

However, I am wondering one thing, if he had anything he "purchased" delivered to vacant homes how did he get caught? By a sting of some kind?

The FBI wouldnt comment on how he was caught, the main theory is that he told someone and they grassed him... or the worm contacted the following servers:

Which he may have had some sort of connetion to and thus track down that way.

7 years in prison reduced to probation and house arrest...can you say SNITCH!!!