U.S. will treat cyber-attacks as act of war 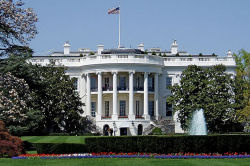 The Pentagon is set to publish a report on measures to tackle and respond to cyber warfare.
A cyber-attack last month targeting U.S. defense contractor Lockheed Martin has hastened the Pentagon's steps on the cyber-warfare plans. A report, due in a matter of weeks, is expected to deem cyber-attacks as an act of war, and to suggest whatever measures necessary to defend the country's infrastructure.

"A response to a cyber-incident or attack on the US would not necessarily be a cyber-response. All appropriate options would be on the table," Pentagon spokesman Colonel Dave Lapan told reporters on Tuesday.

Areas of great concern include the already-strained power grid in the U.S., or systems that emergency response networks rely on. Attacks against systems particularly in urban areas could have devastating consequences for the civilian populations in the worst case.

"We reserve the right to use all necessary means - diplomatic, informational, military, and economic - as appropriate and consistent with applicable international law, in order to defend our nation, our allies, our partners and our interests," states a White House statement put out on May 16.

The United States is not alone in its feelings toward cyber-warfare either.

In 2007, the nation of Estonia came under a heavy denial of service attack in a dispute over the movement of a Soviet-era war monument. The attacks, believed to have come from Russia (though the Kremlin stresses there was no official involvement), targeted the government and financial services of the state, with harsh consequences for citizens in a country that relies heavily on digital transactions and other electronic services.

"Estonia supports, and has since the 2007 attacks advocated, the principle that cyber and physical attack would be treated on the same conceptual basis," Defence Minister Mart Laar told AFP. "If cyber-attacks create substantial economic damage, disruption of the functioning of society and human losses, they should be handled as a matter of national security and we should react accordingly."

The North Atlantic Treaty Organization (NATO), of which Estonia is a member, will next week host a conference of IT defense experts.
Tweet
Tags: Cyber-Warfare
<Scottish woman given probation for sharing music >Microsoft unveils Windows 8
Previous Next

Wait until the US gets Chinese styled censorship; it's not too far off.

Attack your own establishment and blame a 3rd party. Then use that as a pretext to take the rights and freedoms away from the citizens. In this case, more government control over the internet and more monitoring of our activities. The U.S. wants their citizens to have an internet id, so you can be tracked, traced, and databased. I'll be damned if the U.S. citizens are going to have to use a Real-ID like they do in South Korea when registering for websites and posting on internet forums.

what doesn't the U.S. consider an act of war nowadays ?


Corporations who help our enemies and pay enough $$$ for officials to look the other way.
82.6.2011 04:55
KillerBug
Send private message to this user
AfterDawn Addict

Attacking a country that has done nothing to us...that isn't an act of war; otherwise, congress would have to approve of it before Osama Bin Obama starts killing people.

In fact, nothing that the government does is terrorism, warfare, murder, extortion, slavery, torture, or monopoly...because doublethink only lets us see the evil enemy as doing such things.

Originally posted by ROMaster2: Wait until the US gets Chinese styled censorship; it's not too far off.

Won't happen as they are completely against that.

They are busting Australia's balls for talking about doing a national filter.
103.6.2011 07:12
pulsar
Send private message to this user
AfterDawn Addict

Yeah..way to give any potential "war" mongerers ideas for where to hit us where it hurts. Our government really IS just throwing in the towel.

So presumably the DoD will be OK with Iran attacking the US, following the Stuxnet worm attack?

We once had a empire and it was led by an emperor then we had a kingdom which was led by a king. Now we have a country.
133.6.2011 15:03
Mez
Send private message to this user
AfterDawn Addict

Shortybob, it is all in a dazs work. A cyber attack could be very damaging here is an interesting article. What a cyber attack can do
Probably the Chinese have better hackers than the US but they have more bombs.

Freedompatriot, that is true with any terrorist attack.

Right, Killerbug nothing has really changed but the retoric. The only persons who might be scared off are the hackers out for a joy ride. They might not want to risk a bullet between the eyes for that. The government hackers and the terrorists could care less.

pulsar that makes sense to me! You don't want to make war on someone that can level a few big cities.

Except for China. China performed a Cyber Attack to All American Google G-Mail accounts last week, but the attack was dismissed by the Obama Administration. I Guess this only counts if one of our Ally Countries like Israel, Great Brittan, France, Germany, Australia, or any other Western Country Hacks us. If it is Communist or Islamist Country like China, Turkey, Saudi Arabia, Pakistan, or any other such country, the Obama Administration and Eric Holder are O.K. with it for Diversity's Sake.

Anything that doesn't have a large enough payday for our big "defense" contractors. If there is a big payday, watch the f**k out!
If your fish seems sick, put it back in the water.
164.6.2011 03:18
pulsar
Send private message to this user
AfterDawn Addict

Britain too has a habit of ignoring the more difficult countries to invade too. When Robert Mugabe started evicting & killing white farmers, they did nothing. When he started bulldozing peoples homes, killing people, ruining a once prosperous and wealthy country, they did nothing. Recently there have been uprisings in various countries, Tunisia, Egypt, Syria, Yemen, who could forget the Tianamen square massacre? The tibetan monks protests. Human rights abuses in many, many countries. All these are selectively ignored. Why not invade all the above countries in the name of democracy? Oh, hang on, China has a massive army and lots of money. When America made the Palestinians elections, Hamas was voted in. Immediately, America would not recognise the Government, despite the people voting for it! The Palestine/Israel conflict will never end. Why is Libya been targeted?, the people fighting are conveniently called rebels, in other countries they are called terrorists (oil is the key again, just as in Iraq. Which companies won the oil contracts in Iraq? America). One mans freedom fighter is another mans terrorist. This constant interfering, trying to instill "democracy" is causing more trouble & resentment in the world, No wonder America and Britain are resented. This is why other European countries try to distant themselves from our actions & are unwilling to commit troops etc. The Brits would follow the Americans over a cliff. So much for the "special relationship". It is very easy to make ones' own distinguishes in who should be classed as a terrorist or a freedom fighter. Usually the decision is a political/economical one.

When will we ever learn?

america would gain nothing by invading china and they know they probably wouldnt pull it off anyway.chinas army is the most powerful in the world followed closely by the american army.the people in countries like afghanistan and iraq dont have the money or support to fight the american army.

Does this mean suspected hackers could be targeted by drone strikes?

Democracies just reflect the opinion of the public. Both the US and GB stupidly think all people think as they do and that the evil a country does is the work of only one man. I saw a very disturbing survey result from Egypt. Greater than 99% of the persons surveyed believed in religious freedom. However, subsequent questions show that was only for persons that thought exactly like they did everyone else needs to die including other sects of Islam, who of course blaspheme with untruths!