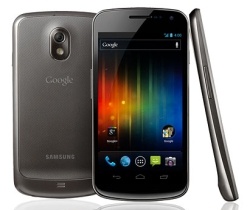 Bugs affect volume levels.
Search giant Google, and consumer electronics firm Samsung, have confirmed that the Galaxy Nexus handset suffers from issues related to the volume. Complaints from owners of the device in the UK surfaced on some web forums in recent weeks.

"Regarding the Galaxy Nexus, we are aware of the volume issue and have developed a fix," Samsung said in a statement. "We will update devices as soon as possible."

Reports from owners say that the volume spontaneously drops to nothing. Some suggest that it gets worse if stuck using a 2G service, but it even apparently can happen when the handset's alarm goes off.

"I was already awake and had not touched the phone yet, the alarm sounded for a second and then went silent. Thought that was weird so checked the phone and the volume was down," one Galaxy Nexus owner posted about the issue.

Samsung said a repair will be offered to customers affected by the bug, but did not indicate when.
Tweet
Tags: Galaxy Nexus
<ECJ: ISPs can't be forced to adopt piracy filters >Lawsuit over iPhone Jew app is dropped
Previous Next

why didnt they address this beforehand? lazy quality control

Originally posted by A5J4DX: why didnt they address this beforehand? lazy quality control

At least they've admitted there's a problem and said they'll fix it, pretty quickly too. Unlike a certain other smartphone manufacture.
Comments have been disabled for this article.