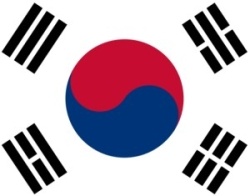 The leak affects up to 13.2 million people, all of whom are located in South Korea. The report comes just weeks before the company planned an IPO of its Japanese affiliate on the Tokyo Stock Exchange, aiming to raise ¥95 billion ($1.2 billion).

The leaked data includes user IDs, names, resident registration numbers and passwords, according to KCC. Nexon insists that the leak did not include information on financial transactions, bank account numbers or credit card numbers.

The gaming firm is advising its subscribers to change their passwords to avoid any more damage, even though the passwords leaked were encrypted.
Tweet
Tags: South Korea Nexon
<Woman pepper sprays shoppers over Xbox 360 >Cisco, Telia test 120Gbps connection in Sweden
Previous Next Write a comment
Comments have been disabled for this article.