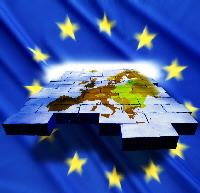 European Parliament does not wait on European Court.
In February, European Commissioner for Trade, Karel De Gucht, announced that ACTA would be referred to the European Court of Justice (ECJ). The court will assess whether ACTA is incompatible with the EU's fundamental rights and freedoms, such as freedom of expression and information or data protection and the right to property in cases of intellectual property.

Today, however, the European Parliament has voted heavily against the treaty. Only 39 MEPs voted in favour of ACTA, while 478 voted against the measure and 165 abstained. This marks the first time that the Parliament has rejected an International trade agreement - a power it only gained in 2009 with the adopting of the Treaty of Lisbon.

Tweet
The European Peoples Party's key ACTA advocate, Christofer Fjellner (EPP, SE), had asked the Parliament to delay its vote on the treaty until the ECJ delivered its ruling on it, but a majority of MEPs rejected the request.

The European Commission (EC) could still revive the ACTA debate if the ECJ finds that the treaty is no threat to fundamental rights, but the parliament vote today means that ACTA cannot now become law in the European Union. 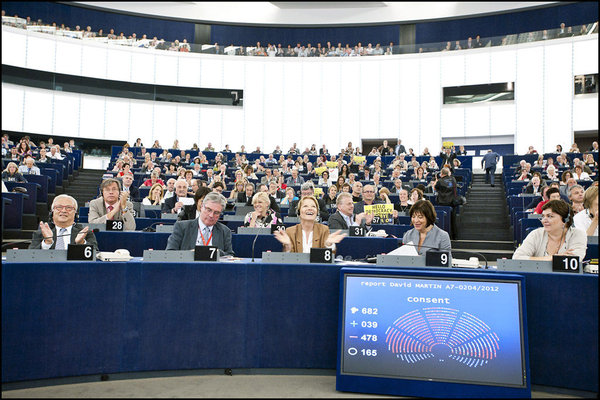 "This is a tremendous victory for the movement, for democracy and for every European citizen that has demanded that their rights be respected. ACTA must be abandoned. The Commission must drop its calls to try again," said Jim Killock, Executive Director of the Open Rights Group.

"ORG would like to thank the thousands of activists from the UK that helped persuade MEPs to stand up for democracy."
Tweet
Tags: European Union ACTA
<Review: Is Samsung's Galaxy S III worth all the hype? >Amazon has ordered 2 million Kindle Fire 2 for August
Previous Next

Good on them way to tell advocates where to shove it

Excellent, I thought this might happen, but you can never be too sure until the vote gets all the way to being cast.

Now the big question is how will the entertainment corporations attempt to side-step democracy?

ACTA is dead at the moment but we know Hollywood is not done yet and will be back lobbying your Representative with cash for votes tactics.
https://p.twimg.com/Aw9p_wyCMAABNwH.jpg
http://data.whicdn.com/images/23511067/...860_n_large.jpg


Live Free or Die.
The rule above all the rules is: Survive !
Capitalism: Funnel most of the $$$ to the already rich.
44.7.2012 17:45
Semperfipal
Send private message to this user
Member

A step in the right direction for now, but like others say Hollywood won't give up.

"Do not underestimate the power of an enemy, no matter how great or small, to rise against you another day." - Atilla
56.7.2012 07:39
Notcow
Send private message to this user
Member

Just wait till the next 8 clever acronyms are pushed out by these records to invade upon your rights in the exact same fashion as the previous several. A small victory.

the EU blocking ACTA will lock the US out of the worlds largest consumer market.

Not that they would care much about the US seeing as English isn't their main language etc.

ACTA was never about copyright protection. The purpose of ACTA was to give the minion U.N., authority to (incrementally) shut down the sites of peoples who may resist its authoritarian control.

I am surprised they they ever cared.

Originally posted by Mez: I am surprised they they ever cared.

Really? How come?
After all, the purpose of the U.N. is to eventually head the One World Government (see: William Jefferson Clinton - Rhodes Scholar)