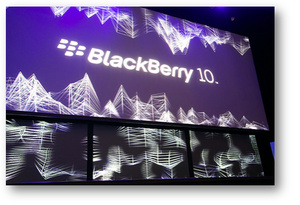 BlackBerry to quit Japan.
According to a report from the Nikkei business daily, BlackBerry will soon cease selling smartphones in the Japanese market entirely. The Canadian smartphone-maker - which just officially changes its name to BlackBerry with the launch of BB10 - cannot justify the cost associated with providing an operating system that accommodates the Japanese language.

BlackBerry has had a difficult time all over in the past few years, but its performance in Japan is mind-numbing. According to the report, BlackBerry has witnessed its market share in the country decline to just 0.3 percent, from 5 percent.

As for owners and customers of BlackBerry products in Japan, the company will continue to provide support, according to the report.
Tweet
Tags: Blackberry Japan
<GameStop: Gamers could snub new consoles without pre-owned support >Xbox 720 comes with Siri-like speech recognition?
Previous Next
Comments have been disabled for this article.