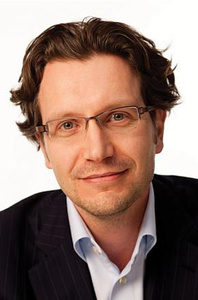 Intel Media VP Erik Huggers has confirmed that the chipmaker will enter into the growing and competitive Internet TV space with a new service, set to launch this year.
Huggers said that hundreds of Intel's employees are testing out a set-top box that the company will bring to the market as part of its service. Intel Media is currently in ongoing negotiations with content providers.

It joins Google, Amazon and Apple in their quest to shake up the $100 billion cable TV ecosystem, taking advantage of changing habits of consumers.

"We have been working for (the past) year to set up Intel media, a new group focused on developing an Internet platform," Huggers said at the AllThingsDigital "Dive into Media" conference.

"It's not a value play, it's a quality play where we'll create a superior experience for the end user."

Huggers once worked for the BBC, and launched the iPlayer for the British corporation in 2007.

As well as providing on-demand content, Intel wants to step ahead of the competition and offer live programming too, whilst also making its system smarter. For example, Intel's STB will include a camera that can filter content for a specific users, and also target ads more effectively.

Intel's move comes as its core business in providing PC chips is starting to suffer from changes in modern computing.
Tweet
Tags: Intel Media
<Myanmar: We did not hack reporter's emails >Microsoft says block iOS 6.1 to fix Exchange issues, while Apple works on fix
Previous Next

No Sir, I don't want a camera with a feed going who knows where sitting in my living room.... how do they think this is going to work? people hate advertising, it's a fact, so why put it right in their faces.. literally...

I get the whole targeted audience but really do they have to see us to do that? At most they could use it to count the people watching in a single room, any personally identifiable information will cause a whole cluster fuck of privacy issues. And to be personally honest, netflix targets due to what I watch and I hate it. It causes the system to just regurgitate the same material.

It's Intel so it will be over priced to begin with and you hit on the privacy and marketing wet dream they would have control of. With that in mind and how people are today I'm sure it will go over well unfortunately.