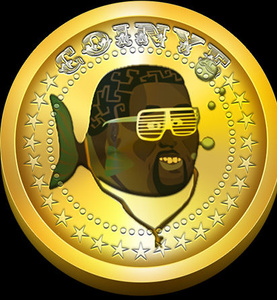 A virtual currency has launched early despite a legal threat sent from a representative of the artist Kanye West.
Originally called Coinye West, the new virtual currency decided to change its name to CoinyeCoin after a lawyer of Kanye West sent a cease and desist letter. In the letter, Kanye's lawyer claimed that consumers are likely to mistakenly believe that Mr West is the source of the service.

It was due to launch on Saturday, but has instead begun operations now and from a domain name registered in India after switching from a US-Based domain provider.

The virtual currency can now be mined using software that can be downloaded from the website at coinyeco.in.

I've heard that so much electricity ($$$) is used to mine virtual currency that they are not worth it for the ordinary person.

Originally posted by Jemborg: I've heard that so much electricity ($$$) is used to mine virtual currency that they are not worth it for the ordinary person.

ive seen guides going around on whats the cheapest set up to mine.
also should be noted there are ways to manipulate the power meter readings.
custom built gaming pc from early 2010,ps2 with 15 games all original,ps3 500gbs with 5 games all original,yamaha amp and 5.1channel surround sound speakers,46inch sony lcd smart tv.
Comments have been disabled for this article.