Recent headlines | VPN provider wins a court fight: police can't get or use its database
AfterDawn > News > Chromecast gets BT Sport as sales impress in Europe

Chromecast gets BT Sport as sales impress in Europe 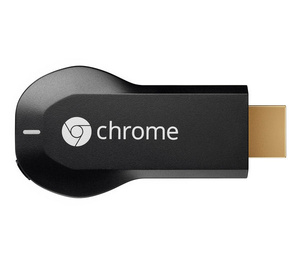 By accounts, the foray of Google's Chromecast dongle into Europe has been a success thus far, as BT Sport joins BBC iPlayer in embracing it.
Chromecast was only officially launched in European markets two weeks ago, but already the indications are that Google's video-beaming dongle is in demand. In the UK, Dixons revealed that it has sold Chromecast every 4.5 seconds on the launch day, comparing the demand to that of Apple's iPad launches.

In Norway, retail chain Elkjøp ran out of supply and had to order an additional 40,000 units from Google to keep up with demand.

Google has sold millions of Chromecasts so far, even though it has just officially entered the European market. The useful tool allows owners beam certain content from PCs, smartphones and tablets to a connected television wirelessly.

Chromecast got a major boost when support was added for BBC's iPlayer app, and now it has also received another in the UK with support for BT Sport reportedly on the horizon too.

(via: Engadget)
Tweet
Tags: Google Chromecast BT Sport
<Xbox boss: Gaming will be our core moving Xbox forward >Smartphone 'Kill Switch' would save $2.5 billion annually, says researcher
Previous Next Write a comment
Comments have been disabled for this article.