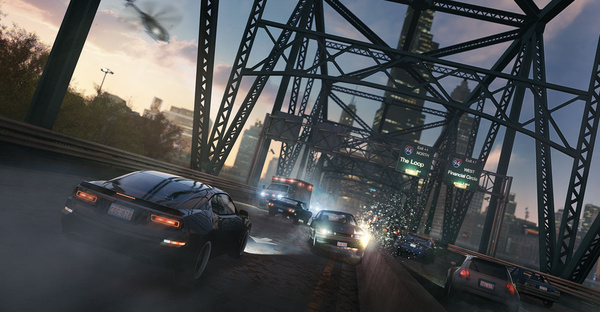 Ubisoft is investigating yet another technical glitch with its Watch Dogs blockbuster, this time involving gamers reportedly stuck on the loading screen.
Watch Dogs hasn't had an uneventful release on the technical side of things at all. Some PC gamers were locked out of the game completely for a time with uPlay being blamed. It was also blamed for issues Xbox players reported on Xbox Live.

Now Ubisoft is looking into another issue plaguing its customers, which apparently is causing the game to get stuck on the loading screen.

It used its Watch Dogs twitter feed to send the following related tweets.

We're aware some of you are stuck on the loading screen. We're hard at work on isolating the problem to find a fix. (1/2)

If you're encountering that issue, please submit a ticket to http://t.co/HXXJuATnWk to help move forward. Thanks for understanding. (2/2)


Some reports are already suggesting that the issue is related to Watch Dogs' Uplay rewards, as gamers report on a Ubisoft forum thread that the game locks up after they redeem uPlay content across multiple platforms.
Tweet
Tags: Ubisoft Watch Dogs
<Sky Go gets ITV channels in time for World Cup >Xbox One getting HBO Go, Twitter, Vine, Showtime Anytime, Comedy Central and dozens more
Previous Next Write a comment
Comments have been disabled for this article.