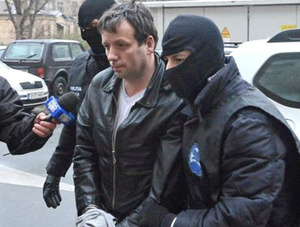 A Romanian man who hacked into the Bush family's e-mails, as well as accounts of celebrities and officials, has been jailed.
Marcel Lazar Lehel was known as "Guccifer" and "Small Fume." He was arrested in January of this year, in Bucharest for a wide range of offenses. Lehel allegedly hacked the e-mail accounts of U.S. president George W. Bush's family, even publishing some of the former president's artwork online.

He also distributed e-mails that were sent to former U.S. secretary of state Colin Powell from Corina Cretu, a Romanian member of the European Parliament, which lead to affair speculation.

Along with other targets in the entertainment industry, he also allegedly hacked the private Yahoo e-mail account of Romania's secret service chief George Maior.

It does not appear that the U.S. has filed any request to extradite the alleged hacker as of this time. He could spend up to seven years in prison in Romania.