Samsung's Virtual Reality headset is on sale for $200 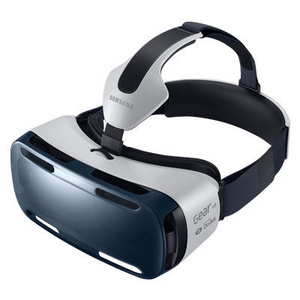 You can now get your hands on an 'innovator edition' of Samsung's Galaxy VR headset for $199.99 in the United States.
However, you should remember that you need a Galaxy Note 4 in order to use the device, and no other smartphone or devices will work with it. In fact, at this current time, even the Verizon version of the Note 4 will not work, but Samsung has promised support is coming soon.

Some high-quality gaming apps may require the use of an Android game controller to offer control capabilities in addition to the Gear VR's integrated touchpad and tracking sensors.

"With the Gear VR Innovator Edition, users can explore new worlds, be on-stage at a performance with full 360 degree video, and can enjoy gaming in a way that's never been done before – all with just your Galaxy Note 4 and Gear VR Innovator's Edition."

This device is targeted at developers and early adopters who typically just want to be ahead of the rest when it comes to newer technology, so most people will want to wait a while to see where this goes.

You can buy a Samsung Gear VR Innovator Edition from www.samsung.com

"so most people will want to wait a while to see where this goes."

--This statement I could not agree with MORE!