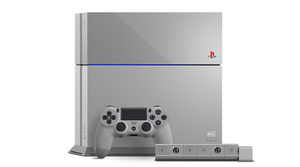 According to a report, Sony's new PS4.5, codenamed 'Neo', will feature support for 4K output and improve the CPU, GPU and RAM.
Specifically, the Neo will also have a CPU with 8 Jaguar Cores but clocked at 2.1 GHz, compared to the original PS4. It also features an Improved GPU: AMD GCN, 36 CUs at 911 MHz. Like the original, it will pack 8 GB GDDR5 RAM, but will kick up to 218 GB/s from 176 GB/s.

The specs come from Giant Bomb, cited from documents obtained by the site.

Owners of PS4s should be happy that Sony will require that all games run on both the original and Neo hardware, although of course they will run better on the Neo. Older games can also be patched to take advantage of the upgraded specs too, perhaps pushing up the framerate.

The documents don't provide a release schedule for the upgraded hardware, but do state that all games shipping in October or later will need to support the Neo.

Man o man. You console lovers are dealing with the same shit us PC owners are...perpetual impending obsolescence after a rather short period of time.

here is the problem i see with this it requires a 4k display most games don't display in 4k even if you upgrade them and here is the biggest shocker the 4.5 contains no blu-ray drive

so unless your digital have fun

I guess that means anyone who already owns a PS4 is screwed because all they can do is sell their system for less than what they paid for it if they want to buy a 4.5 and because of that, they end up losing money.

This makes no sense. What is the point of developing a "current gen" system with better hardware when games are required to run on both versions of the console?

Originally posted by CarpeSol: This makes no sense. What is the point of developing a "current gen" system with better hardware when games are required to run on both versions of the console?

Marketting gimmick. AMD can't afford to dedicate any fab space to original PS4 parts and doesn't have any backstock, so decided to fulfill their price per unit contract with $ony with this gear. When stuff they still sells passes QC but can match this required performance, instead of tossing it they toss it into the PS4 bucket.

$ony wins twice. The marketing department gets to lie about "new and improved", while devs can't actually use it. And they get to cut more corners and cut out a third party software ("piracy") vector AND the used/resell market by taking out the BD-ROM.

Much like when you got a "better" PS3 without the PS2 chip.

Move along, the loser here is the consumer, the only winner the marketting monkey cranking out copy.
Comments have been disabled for this article.