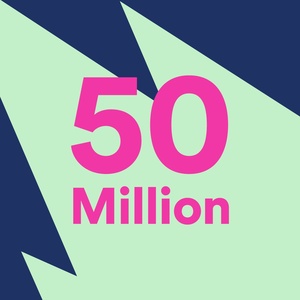 More than 50 million Spotify users now pay for its Premium music, podcast and video streaming services.
The Stockholm-based firm announced that it has reached 50 million paid subscribers through social media, after crossing 40 million just in September 2016.

When Apple launched its own subscription service, there were fears about the future of Spotify, but almost two years on it seems that Apple has done little to slow the service's growth.

Thank you to our 50 million subscribers. #Spotify50 pic.twitter.com/eXkOV71bwu