Sony Ericsson has revealed that it has sold more than three million Walkman phones since they were introduced six months ago. "Bringing the Walkman brand to Sony Ericsson phones was one of our achievements in 2005 and we have now sold more than 3 million Walkman phones," Sony Ericsson President Miles Flint said in a statement. The company was the fifth biggest handset maker in 2005. Along with announcing the figures, the company also unveiled a new Walkman phone.
The sixth Walkman phone from the company will feature a 4GB flash memory-based capacity to store up to 1,000 songs. The W950 phone will cost between 300 and 400 euros ($357-476). "This certainly ups the ante in the battle between Apple and the phone makers for mobile music," said analyst Ben Wood at market research group Gartner. 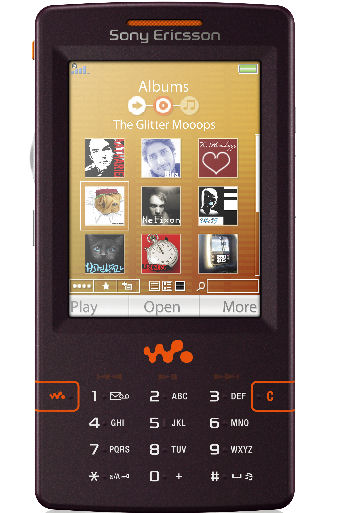 The phone uses the Symbian operating system. It chose Symbian because it said the company now caters to the needs of consumers and doesn't just make software for expensive smartphones for business users.