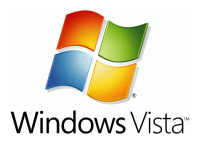 According to a source over at TechARP, the much anticipated Windows Vista Service Pack 2 should be arriving by April 2009, bringing with it a handful of features that were missing in the disappointing Service Pack 1.
A beta release should be available by February with final release scheduled for April, says the source. The launch will be staggered by user language, with English receiving first, European languages second, Japanese third and Spanish and Chinese versions hitting last.

The update will bring native Blu-ray burning, Bluetooth 2.1, Windows Search 4.0, and a much improved Wi-Fi configuration utility. The pack will also incorporate all security updates that have been released since Service Pack 1.
Tweet
<Firefox hits over 20 percent market share for browsers >N97 unveiled - touchscreen and more
Previous Next

The best thing about this will be that all the endless hotfixes are bundled together so I don't have to redownload them all every time I format one of my drives for a fresh install.

As for blu ray burning - forget that - does anybody use the native windows software for cd or dvd burning ? It just stinks.

An end to the never ending spinning doughnuts and ie 7 freezes followed by endless starts and restarts with windows "checking for a solution " that never happens will be welcome as well ( if it comes ) - will be a lot easier than disabling and re-enabling all the damn plug ins you need to view a webpage correctly these days in a vain attempt to try and discover what is making ie 7 and all other browsers freeze so much under Vista.

I just started getting some freezes on my vista machine with IE7. It never happened until recently. I hope this solves what they broke!

I get that, "windows explorer needs to restart" crap too much. Microsoft has really made hardly any advancements in the part where they major in and that's the OS business. I am not getting excited over a damn service pack that probably will just be another update that doesn't fix a damn thing!

Originally posted by domie: The best thing about this will be that all the endless hotfixes are bundled together so I don't have to redownload them all every time I format one of my drives for a fresh install.

Also, there is probably a guide to slipstreaming the Windows Updates into the Vista Install Discs, like you can do with the Xp ones.
51.12.2008 20:58
SGSeries2
Send private message to this user
Member

And here I thought I was the only one who was having problems with IE7. What makes it even worse: since IE is so integrated into outlook, I couldn't use it, either.

So, I ended up ditching outlook and started using thunderbird with its lightning plugin and never looked back. (I was already using firefox as my primary browser.)

Originally posted by Nissan101: Isn't Windows 7 supposed to be released by mid 2009?

Last I heard, it was early 2010. Though I wouldn't know for sure, I don't really care much for it anyway...

Originally posted by domie: The best thing about this will be that all the endless hotfixes are bundled together so I don't have to redownload them all every time I format one of my drives for a fresh install.

Also, there is probably a guide to slipstreaming the Windows Updates into the Vista Install Discs, like you can do with the Xp ones.


Unfortunately, Vista Service Packs don't "slipstream" like 2000/XP do. I CAN be done, but is a lot more of a time-consuming, manual process, from what I've heard. Something ELSE M$ screwed up??? :-)

SP2 just doesn't sound like it really addresses ANYTHING that people have complained about...just like SP1 didn't! Hotfixes and new-but-not-so-wowing features, but no comments about optimizing and fixing underlying problems.
92.12.2008 06:16
iamgq
Send private message to this user
Junior Member

I cant stand Vista... Have it on my laptop, it stinks. Same problem with IE.

I had Vista on my laptop for 7 months and it was one problem after another, freezes here and there, and data loss galore...

I decided to go for Ubuntu Linux and guess what?...I've had less problems with an OpenSource and presumably buggy (as some people say) in a year than with the M$ crap called Vista in 7 months...

They keep adding crap to their current crap and end up having tons of crap!...Like with Vista SP1...SP2 will be the same or even worse...I promise.

And as far as Windows 7 goes...it is XP with a Vista/Aero interface...

To me M$ died way before XP...once they started to talk about Vista that's when they signed their death sentence.

Anyways, if someone enjoys and likes Vista go for it! Use it at all costs...but don't come crying when you catch a virus through a backdoor or you get a system-freeze that not even Bill GAtes can fix and need to reformat.

Originally posted by DSWarrior:
And as far as Windows 7 goes...it is XP with a Vista/Aero interface...

actually, Windows 7 is what vista should have been (hopefully). It actually runs on the vista kernel and technically should be Windows 6.1
122.12.2008 12:36
emugamer
Inactive

Windows 7 is slated for mid-2009. It was speculated 2010, but that recently changed. Why release a service pack for such a buggy OS when they are releasing a whole new OS right after it anyway? Why not have the service pack address all of the issues?

Vista is the worst system ever made by microsoft, i use xp all the time

Originally posted by maxikaz: Vista is the worst system ever made by microsoft, i use xp all the time


Sorry, Windows 2.x, MS-DOS 4.x (or was it 5.x?) and Windows Me still beat Vista in lameness. I occasionally refer to Vista as "VistaMe," though.

But yes, as 1 or 2 others have mentioned, Windows 7 is what Vista was SUPPOSED to be, but they were running way behind and kludged together Vista to release something sooner (again, kinda like Windows Me seemingly being released because XP was taking longer than expected).

Originally posted by xnonsuchx:
Unfortunately, Vista Service Packs don't "slipstream" like 2000/XP do. I CAN be done, but is a lot more of a time-consuming, manual process, from what I've heard. Something ELSE M$ screwed up??? :-)

It does take more time, you are right there - about 60-90 minutes to slipstream SP1 to Vista but the same people who made nlite for XP have made vlite for Vista so it is fully automated.
http://www.vlite.net/
166.12.2008 04:43
borhan9
Send private message to this user
AfterDawn Addict

Well i just hope this will be worth the wait otherwise it will drive anyone with a system that used to be XP and changed to Vista they will have issues with updating drivers for hardware configurations.

I think Vista is great! I charge $100 for a Vistectomy and can't keep up with the customers at my door.

Yup Vista is indeed ME II. I do remember however when XP had SP1 it wasn't impressive. It wasn't until SP2 that XP was bug free and had little blue screen of death issues. One thing about Vista is that vista doesn't like custom built computers. This means you are FORCED into buying a DELL, HP, Alienware where the Vista drivers have been fully tested. I've had better luck running Vista on my Dell Vostro 200 with a dual core Intel CPU and 2GB RAM than I did with my Alienware when my XP disk was lost and the tech formatted it to Vista even though I wanted XP. He gave me a huge discount on Vista premium. The Alienware had tons of issues and would not run well on Vista. However the off the shelf Dell Vostro 200 with Vista Basic ran faster (with less resources) than my more powerful Alienware clone. Moral is now that Vista came out forget building your own computer.

Originally posted by aboutnewt: I've had no end of problems - It installed and worked on only 4 of my 7 machines.

It cannot find multiple ethernet cards in the same machine and manage them properly.

Good work Newt.
Its a lot easier being righteous than right.