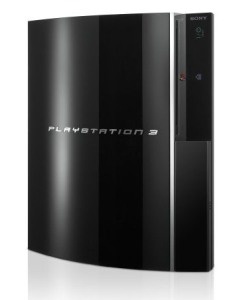 According to a "reliable" source speaking to PlayStation Insider, August 18th will bring the much anticipated Sony PlayStation 3 price cut, possibly alongside the launch of the equally hyped Slim PS3 model.
The rumor also says there will be other price cuts in the "PS family of products" leading to speculation that a PSP model could be seeing a cut as well.

Fueling the fire of the rumor is the fact that on the 18th, Sony has planned a 3 hour press event at GamesCom in Germany.

Even more so, says PSInsider, 7-Eleven franchises in Japan will stop taking orders for 80GB PS3s this week, discontinuing the model "for the manufacturer," leading to even more speculation.
Tweet
<Top 4 software to Catalog Your Music Collection >More Zune HD images emerge
Previous Next

Originally posted by ZippyDSM: Any more than 50$ and I'll eat my hat. :P

Originally posted by ZippyDSM: Any more than 50$ and I'll eat my hat. :P

I think the most surprising part of this article is that 7-eleven sells PS3's.

I don't understand why 7-eleven is almost everywhere but the UK :(
Tis' sucks cos it's such a handy shop lol. Well, it is when I'm on holiday.

Anyway, this rumour is actually believable but.. I'd still understand if this rumour was just a lot of crap. There's no reason for Sony to cut their price, but it would boost sales and that's a fact.

(Unless your Microsoft where their consoles conveniently breaks down and their hardcore fans (which would do anything for them) will go out and by a new 360. And now they have these huge console sales.)

I believe that Sony realize this and is waiting for more titles to come out for the PS3, before they start chiping away at the price of their console