Recent headlines | Android 11 update tracker - What phones will get it?
AfterDawn > News > Wii sold 800,000 units in UK since January 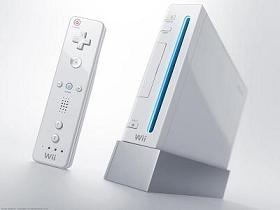 The Nintendo Wii console has sold over 800,000 units in the United Kingdom since early January, according to data obtained by GamesIndustry.biz earlier this week. Some confusion had arisen from a GAME financial statement which would suggested that the Wii and DS performances had slowed considerably in the UK.
The newer Nintendo DSi model has sold 370,000 units in the UK since it emerged, giving it a faster rate of sale than the original DS and DS Lite in its first four months. Still going strong however, the Nintendo DS Lite has sold 680,000 units in the UK in 2009 so far.

The numbers put the Nintendo consoles in a familiar strong position in the UK. The Wii console has an estimated total sales of 5.5 million in the region, followed by the DS at 1.6 million, the the DS Lite revision at 7.5 million and the new DSi at the previously stated 370,000 units.
Tweet
<uTorrent remains top BitTorrent client >Pirate Party UK received 100 members an hour after registration
Previous Next

not many nintendo bloggers / supporters / sales reps, on AD then!

i'm surprised this thing still even sells, as everyone i know has one already.