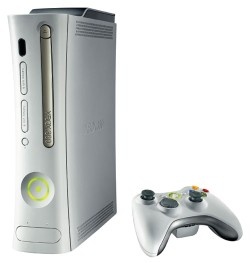 Yesterday we reported that the jury trial for the case of Matthew Crippen had been delayed, after the presiding judge took 30 minutes to lecture the prosecution.
Today, the prosecution has dismissed the case, after just hours, "based on fairness and justice."

Prosecutor Allen Chiu says: "The government has decided to dismiss the indictment."

Crippen was on trial for allegedly modding Xbox 360 consoles to be able to play pirated games and homebrew.

U.S. District Judge Philip Gutierrez started the trial off yesterday with a 30-minute rant complaining about the prosecution and the government's case, with his main concerns being the prosecution's "star" witnesses.

The two witnesses in the case had both potentially broken the law, making them less credible. The first,Entertainment Software Association investigator Tony Rosario, had video of Crippen modding consoles in his home in L.A. Those videos, however, were taped secretly, in violation of California's strict privacy laws.

Microsoft security employee Ken McGrail was the second witness, the man who analyzed the consoles that were seized from Crippen's home. McGrail, however, had admitted under oath to modifying the original Xbox and the Xbox 360 back when he was in college.

Crippen was charged with two counts of breaking the anti-circumvention provisions of the DMCA and faced up to 10 years in prison.

The 28-year-old says he will finally be able to go back to school, needing just one more year to get his degree from Cal State Fullerton.
Tweet
Tags: modding Xbox 360 piracy trial
<Netflix to pay $100,000 per episode to play in-season TV shows? >99 cent NBC show rentals headed to iTunes?
Previous Next

Am I dreaming, or is this the Twilight Zone, where strange things happen? Is it really possible that justice actually prevailed?

There are people that spend less time in jail for murder than this guy was looking at for simply modding videogame consoles.

They only dropped this case so that they can do cases like this again in the future. If they had gone forward, there would have been a legal precedent set.

Still, wonderful to hear that this case has been dropped. If I were him, I would take sue the crap out of the ESA.

IMPORTANT: If you hate Sony for being so corrupt, copy this image into your signature too!
63.12.2010 11:54
dEwMe
Send private message to this user
Senior Member

Hmmm they didn't even make him promise to stop? lol

So they offered him a plea bargain that would put two felonies on his record if he'd just roll over. Good for him for not taking the deal. The DMCA is bad law created by ignorant politicians working for their corporate lobbyists. Yes...Microsoft needs to protect their property. I get that. Maybe they need to look at Sony and make their system more secure. I'm impressed that Sony kept the PS3 locked down for so long.

The penalties are so out of whack. Jeff Skilling (former Enron executive who got the worst jail penalty of all those characters) got 10 years. Look at the havoc Enron wrought. Billions in Retirements, careers, and investments lost. Even if you blamed this guy for every hacked/pirated game on the XBOX360 you don't come near the societal/economic/financial damage caused by Enron.

Even if we need a stick to discourage piracy, the DMCA is like performing heart surgery with a chainsaw.

Maybe he should go to work for Microshaft when he graduates.

love it when there is a proper judge on the case not been bribed :D

they should take that ESA guy in for breaking the law and fine him ;)

Nah...screw the fine...they need to throw the book at him; every charge they can think of. Raid his house too...I bet he has a few hundred pirated games.

Originally posted by KillerBug: Nah...screw the fine...they need to throw the book at him; every charge they can think of. Raid his house too...I bet he has a few hundred pirated games.

but what is the point is raiding a hardcore gamers house over a mass production piracy studio or a drug lab. Once again a waste of resources and tax money, but what caused this originally. Was he ripping them and then distrobuting them on the internet. Selling copys to his school mates to help pay for this education.

Please, Good it was thrown out of court the judge mite have something better to do.

Zealousi, you are mistaken; KillerBug was referring to the ESA witness for the prosecution.


In Spain hacking became legal and including PS3 Jailbreak devices and other familiar hacks are legal because Sony took features away from high cost Hardware and software that People and owners who bought A Sony PlayStation PS3. SONY was sued and SONY Lost the Case. so forward now by taking away Other-OS and other features away in the PS3 and other Familiar products System and including Online features. SONY has to pay for all Damages. This could also may go as well to Microsoft in their Xbox 360 in some point if they have remove high cost futures from hardware or software including Online futures that effects Spain consumers.