iPad newspaper 'The Daily' to launch on January 17th 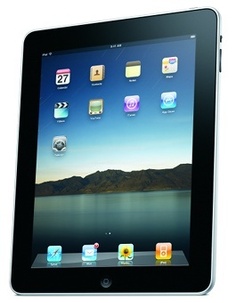 Peter Kafka of AllThingsD has reported this weekend that the upcoming iPad-only newspaper "The Daily" will launch on January 17th.
Citing multiple sources, Kafka says that date is pretty set in stone, dispelling most past rumors that had the newspaper launching in December.

The Daily will sell for .99 a week, will use mixed media content such as video in most articles, and will even have 3D effects in some articles.

News Corp. has already hired over 30 writers for the Daily.

The Daily will be the first subscription-based paper on the iPad that will be billed automatically by iTunes.
Tweet
Tags: tablet iPad The Daily
<Google adds alarm for hacked sites via search results >EU raises concern over Intel's large bid for McAfee
Previous Next

paying for news online makes no sense to me. even 99 cents will be too much. i bet there will still be advertisements which would pay any costs as far as the journalists fees etc. all these writers do is write about the same topics so i am sure you would be able to read about the same issue somewhere else without paying any more than you already have just to get online.