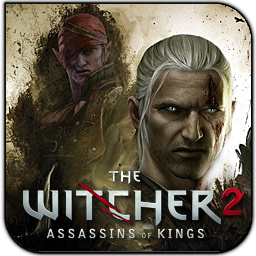 Developer CD Projekt has announced today that the official 1.1 update for The Witcher 2: Assassins of Kings will strip all DRM that came with the game originally.
Additionally, the patch allows gamers to install and play the game on any amount of computers they want, whereas before it was restricted to 3 machines.

Our goal is to make our fans and customers happy and to reward them for buying our game and DRM schemes does not support our philosophy as they might create obstacles for users of legally bought copies.

Our approach to countering piracy is to incorporate superior value in the legal version. This means it has to be superior in every respect: less troublesome to use and install, with full support, and with access to additional content and services. So, we felt keeping the DRM would mainly hurt our legitimate users.

This is completely in line with what we said before the release of The Witcher 2. We felt DRM was necessary to prevent the game being pirated and leaked before release. This purpose has been served, so we are pleased to let our users enjoy the full freedom of game usage they deserve.

Outside of the removal of the DRM, the update will also bring a free DLC quest, frame rate increases and greater stability.
Tweet
Tags: update DRM Witcher 2
<Introducing 'Wallet' by Google for NFC devices >Microsoft only makes $1.25 billion in China per year
Previous Next

Wow...that is really great of them...someone must have watched that Extra Credits video over at The Escapist.

now its our turn to speak with our wallets and support this kind of practice. I was thinking of buying this game and now I'm even closer to just dropping the 50 for it on Steam.

They definitely get my vote. *Finally*, a game publisher that gets it.

I bought the game after some time but didnt load it for a while it looked good but once i loaded it wow issues with the program it ran slow and choppy hope this patch fixes some of those issue glad they trust us who bought a real copy .. they should have added a code to remove the drm out earlier when you reg. the product at that time they got your info and then the could unlock it for you.. but well its nice to be trusted again.....about time

How exactly is this "in line with what [they] said before the release of The Witcher 2"?

From an interview last month:

"In addition to driving gamers to cracked versions of games, [Good Old Games (owner of CD Projekt) PR and marketing manager Lukasz] Kukawski also asks how anyone can believe that DRM acts as a deterrent to piracy. If you see the news on gaming portals that a highly anticipated title has leaked before the release date, and you can download it from torrents without any copy protection because it has been already cracked, how can you possible believe that DRM works in any way to reduce piracy?"

It this industry, everything is always claimed to be going as planned all along unless they are suing someone.

The guy probably got forced into including DRM for some dumb corporate reason...thus he "changed his mind" so that the game had DRM at launch, and it did nothing but mess with the legitimate users of course...so his idiot bosses are letting him have his way, so long as he says that it was the plan all along.

I sure hope this catches on...it looks like the new nintendo will be years out of date at launch (in PC terms), the next xbox is anyone's guess, but it probably won't be as powerful as a gaming PC, and the PS4 could have tits and grant wishes...and I still wouldn't give sony a dime...looks like there is a chance that the PC might be a viable option.

Quote:the PS4 could have tits and grant wishes...and I still wouldn't give sony a dime...

And now is when I buy the game.