Recent headlines | End of an era: iPod discontinued - the device that revolutionized music industry
AfterDawn > News > Cisco prices its Cius tablet for under $750

Cisco prices its Cius tablet for "under $750" 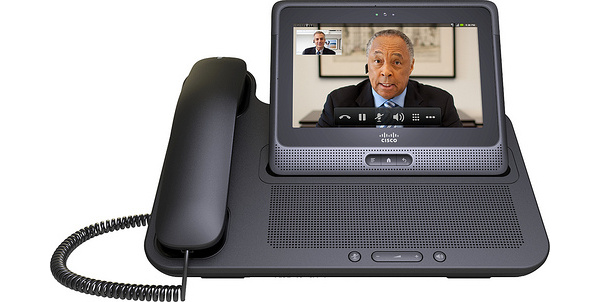 Cisco has announced the price for its Cius tablet with the ambiguous "under $750" price point.
Adding to the confusion, the company says added options can bring the price to "below $700 for some customers."

The company will release the tablet on July 31st, coinciding with the end of their fiscal year. The device is aimed at corporate customers.

Cisco's 7-inch Cius will runs on Android 2.2 and weighs 1.5 lbs. Under the hood, the device has a very power-efficient Intel Atom Z615 chip at 1.2GHz.

The company has confirmed the device will be upgraded to Honeycomb but no timetable was provided.

Finally, the company has created "AppHQ" applications native for the Cius and says enterprise customers have shown interest. AppHQ will help "companies create private app storefronts where their employees will be able to find, publish and buy applications for business use," says CW. The store will also let IT managers have control over which Android Market applications can be installed on the device.

I'm still under the impression that a laptop might still be better money spent. If for nothing more, the ability to 'limited-ly' (I know, no such word) upgrade the laptop and repair some of the components if damaged. Something that isn't exactly that tangible with the tablets. At the moment anyway... Certainly not worth the higher price tag. However, the "wow" factor leaves a bit to be desired.

Originally posted by LordRuss: I'm still under the impression that a laptop might still be better money spent. leaves a bit to be desired.

From what I see, people with iPads usually have a laptop too.

I don't think it's an either or situation.

Originally posted by robertmro:
From what I see, people with iPads usually have a laptop too.

I don't think it's an either or situation.

I fail to see your comparison... I own a car & a SUV, but if I leave it at just that, it's just a blank statement. No quantification.

So folks with a iPad also have laptops. That's fine; but why? Is there inherently something to the laptop that the iPad doesn't fulfill or vice-verse?

I quantified the reasons for why a laptop outweighed "my" purchase for a tablet & felt it 'might' echo that of a few others; especially given the price points within the article.

Obviously, it didn't echo yours & that's perfectly fine, but I ask you this; why did the folks in your statement feel the need to still have both (it's redundant, I can pretty much guess)?

Plus... leave a person's quotes in context. It's a bit like capitalization. You wouldn't want to be misquoted either.
http://onlyinrussellsworld.blogspot.com
Comments have been disabled for this article.