For perspective, every day, the world writes the equivalent of a 10 million-page book in Tweets or 8,163 copies of Leo Tolstoy’s War and Peace. Reading this much text would take more than 31 years and stacking this many copies of War and Peace would reach the height of about 1,470 feet, nearly the ground-to-roof height of Taiwan’s Taipei 101, the second tallest building in the world. 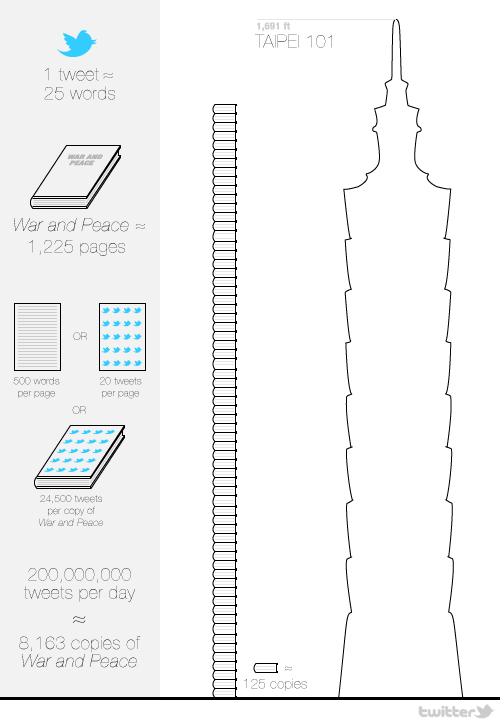 Tweet
Tags: Twitter 200 Million Tweets
<One build of Nvidia Tegra 4 will feature 8 processing cores >Barnes & Nobles giving away tons of freebies to anyone who switches to a Nook
Previous Next
Comments have been disabled for this article.