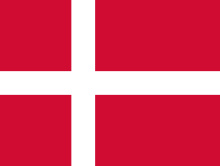 Tom's Hardware, which boasts over 30 million readers per month, is owned by Bestofmedia Group. Through a licensing agreement with the French company, AfterDawn Oy is tasked with establishing a presence of Tom's Hardware in all the Nordic countries.

Tom's Hardware Finland went live last year, and AfterDawn Oy will launch Tom's Hardware in Norway over the coming weeks, and in Sweden later on in the year.

Congrats!
Been a member of THF since the early '90's.
Jeff