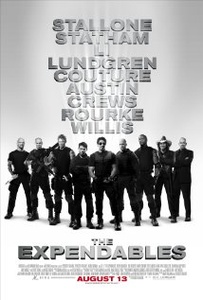 Lawsuit against tens of thousands of alleged Expendables pirates suffers jurisdiction setback.
All in all, the lawsuit targeted 23,322 alleged pirates identifiable only by the IP address used. For a time it was the biggest file sharing lawsuit seen yet, though it was surpassed by the Hurt Locker lawsuit later on.

Now a U.S. District Court of Columbia has dealt the case a major setback that casts doubt over whether over 99 percent of the alleged pirates will be pursued at all. Judge Robert Wilkins ruled that the vast majority of alleged pirates cannot be pursued through his court because they fall out of the court's jurisdiction.

"Plaintiff has only shown good cause for, and will only be entitled to discovery related to, those John Does for whom there is a good faith basis to believe may reside in the District of Columbia," Wilkins wrote in his ruling.

"Plaintiff can establish such a good faith basis for residence or personal jurisdiction by utilizing geolocation services that are generally available to the public to derive the approximate location of the IP addresses identified for each punitive defendant."

Nu Image had argued that publicly available IP lookup services are not accurate enough to be used in this case, but the Judge disagreed. TorrentFreak used such a public service and estimated that only 84 out of the 23,322 IP addresses belong to people in the District of Columbia.

Awwwww. Maybe they should just be content with the millions the movie made and call it a day. The courts are laying a smackdown on greedy rich people, first the Winklevoss twins and now this. It's not a good time to be rich, greedy, and desperate these days.

We once had a empire and it was led by an emperor then we had a kingdom which was led by a king. Now we have a country.
Comments have been disabled for this article.