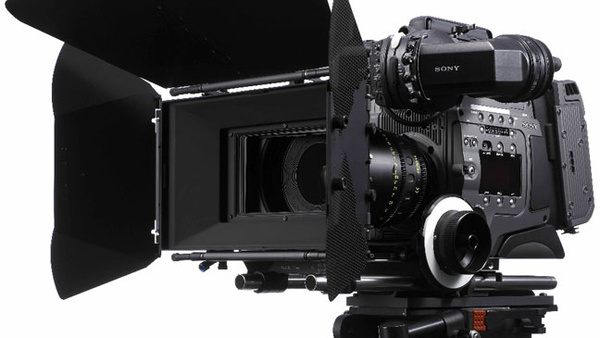 Sony has announced that their much-hyped F65 digital cinematography camera will be released in January, for $65,000.
The 4K camera was expected to sell for $75,000.

Sony showed off the camera's abilities at the DGA theater, presenting three shorts showing off "camera attributes as its wide dynamic range, color reproduction and resolution."

The camera is notable due to its 8K sensor and 16-bit 4K and higher-resolution imagery.

It was (Sony co-founder) Aiko Morita’s vision to design a digital motion picture camera that retains all the quality of a 35 mm film camera but adding the creative capability and functionality of digital technology.

There is currently one rival 4K camera, the Red Epic M, which sells for $58,000 and it already being used on new movies like The Hobbit.
Tweet
Tags: Camera Sony F65 4K
<$5.7 million settlement in Japanese software piracy case >Netflix streaming comes to Latin America and the Caribbean
Previous Next

This costs more than my cars combined...

This isn't a handicam...it is studio grade stuff. Too bad it is made by Sony, and will probably have video recording disabled in a year to, "prevent piracy".

Sony make their own movies though

Originally posted by KillerBug: This isn't a handicam...it is studio grade stuff. Too bad it is made by Sony, and will probably have video recording disabled in a year to, "prevent piracy".

Nah. You will just need a Sony tech with the appropriate clearance to visit whenever you want to record anything.
Rich Fiscus
@Vurbal on Twitter
AfterDawn Staff Writer
Comments have been disabled for this article.