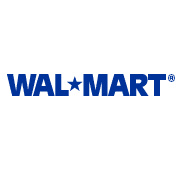 Wal-Mart and T-mobile have jointly announced the launch of a new no-contract phone plan for users that need Internet and texting more than minutes.
For $30, users get unlimited Internet access, text messages, and 100 minutes for phone calls. Minutes cost 10 cents a minute after 100.

The deal with the retailer is T-Mobile's first since losing its relationship with RadioShack earlier this year.

T-Mobile will now have six prepaid phones via Wal-Mart, including one 4G device.

As with their contract devices, T-Mobile will throttle your Internet speed after a certain point, which for these phones is 5GB. There are no overages, however, making it a far superior choice to data plans from Verizon or AT&T which cost $50 per month for 5GB and then overages after.
Tweet
Tags: Wal-Mart T-Mobile prepaid
<HTC under fire for smartphone privacy vulnerability >'Battlefield 3' beta gets hacked
Previous Next
Comments have been disabled for this article.