Recent headlines | iPhone users: Do not join WiFi network named like this - your WiFi wont work after this 1
AfterDawn > News > Logitech says good bye to Google TV... for now 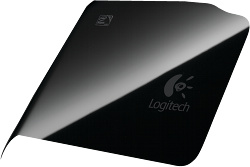 Speaking to an audience of investors and industry analysts, Logitech Chairman Guerrino De Luca announced the company's Google TV set-top box, the Revue, will be discontinued once the existing stock is sold.
It will not be replaced by another product. Instead Logitech will get out of the set-top box market for the forseeable future.

Their primary mistake with the Revue, in De Luca's estimation, was not the decision to support Google in the venture, but rather the scope of his company's commitment to an immature business. He said he would do it again, but "with a significantly smaller and more prudent approach."

He blamed a backlash from content providers for the overall failure of Google TV so far:

Google TV is a great concept. Google TV has the potential to completely disrupt the living room, except that that was not the case when we launched Logitech Revue. Logitech Revue was launched with some... software that was definitely not complete and was not tuned to what the consumers wanted in the living room, let alone the issues with content delivery that the threat, or the perceived threat, Google poses to other content providers generated.

That has not, however, shaken his belief in the concept behind Google TV. He firmly believes Internet-based TV is the future:

On the issue of price, he indicated the current $99 price is what consumers expected in the first place. That seems obvious if you consider the price of similar set-top boxes like the Boxee Box and Roku's various models.

When the Logitech Revue launched last year, it was priced at $300.

Despite De Luca's faith in the future of Internet TV, Logitech has no plans to produce more set-top boxes until the market is more established. That doesn't mean they will exit the multimedia market completely.

Logitech will instead be focusing, for the moment, on music-related products, a market De Luca says they have failed to exploit in recent years, and remotes, where he says they have neglected the high end of the market.

So where does that leave Google? They just released version 2.0 of Google TV and clearly have no plans to give up on the service.

The kingdom is ready, make the right box and we will buy.
The best comparison of all devices - bit.ly/settop