Recent headlines | Google, Spotify and many other major websites are all down across the globe 3
AfterDawn > News > Panasonic to launch smartphone in Europe

Panasonic to launch smartphone in Europe 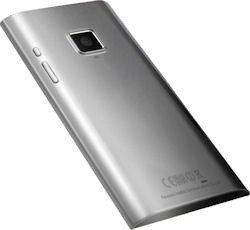 Panasonic smartphone is yet to be named.
The company announced that it will launch the smartphone in Europe in 2012. The Android phone will launch in March, and will head to the United States and Asia afterwards.

The company also has plans for its near future in the smartphone business, aiming to sell 16 million units in the year to March 2006, with 5 million of those sold abroad.

"We are well aware of our powerful competitors," said Toshinori Hoshi, head of the company's mobile communications unit. "However, market shares are changing dramatically and if we launch into this fast-changing market, we believe we have a chance of a hit."

Panasonic is aiming for a very small chunk of the market, which IDC predicts will grow to 472 million units in 2011, an increase of 55 percent. By 2015, IDC sees the growth at 982 million units.

Panasonic's new handset features a 4.3-inch OLED screen, and is aimed at business users aged 30 and up.
Tweet
Tags: Panasonic
<WebOS goes open source >Adele is 'iTunes Artist of the Year'
Previous Next
Comments have been disabled for this article.