Google and Samsung have announced the launch of the first desktop 'Chromebox' this week.
The Chromebox will cost just $329 and comes in a small case, familiar to past owners of Mac Minis.

Powered by Google's cloud-based ChromeOS operating system, the mini-desktop has an 1.9GHz dual-core Intel Celeron B840 (Sandy Bridge) CPU, 4GB of RAM, a 16GB SSD and WiFi a/b/g/n and Bluetooth 3.0.

Perhaps most notably, the device will run on ChromeOS 19, the latest version of the OS which makes it a lot more usable and Windows-like. Instead of being browser-only like in the past, the new OS update will look more like the traditional Windows systems in terms of app and window management. Finally, boot time is a remarkable 5 seconds.

Check the screenshot courtesy of Engadget: 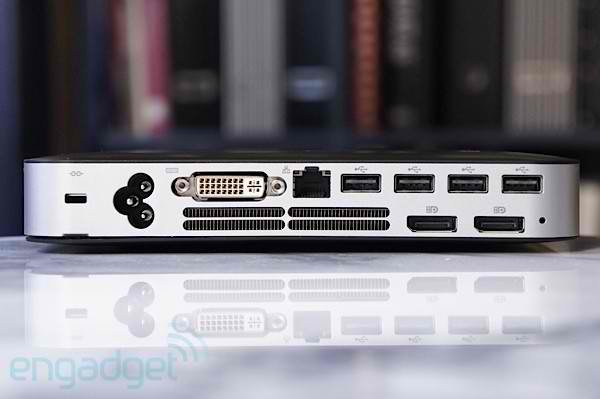 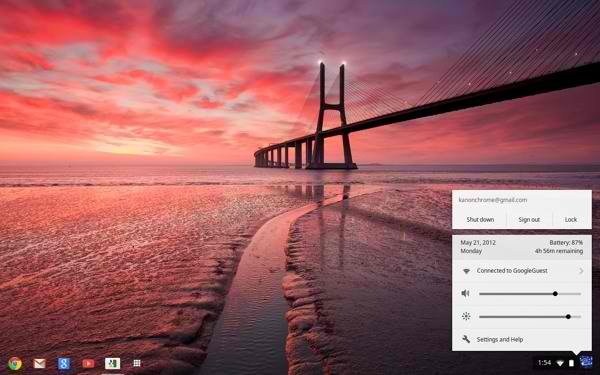 It looks nice... But is it just being touted as a desktop for net surfing & kids to do their homework? Kinda like a business PC? You know, spreadsheets & data entry.

Because you just know there are going to be some people out there that think they can take this thing to the house & fire up Crysis at full resolution when it's actually a demigod Ice Cream Sandwich on super soldier serum, doused with heavy doses of gamma radiation.

Yeah, I took my Marvel nerd there... Stan Lee was one of the oldest nerds I have ever worked for & met on the planet.

What!? 5 seconds. that is incredible.

... Most obvious employee ever

Lol agreed. And also why would people pay more for something with a junk Atom processor and less RAM? Shameful plug even for an employee.
AfterDawn News
AfterDawn Guides
One of the largest collections of software on the Web: AfterDawn Software Section
81.6.2012 13:16
jemaric
Send private message to this user
Junior Member

I'm not an employee ,I'm waiting to pick a nettop up as soon as they are available with windows 8 ,you can throw a codec pack on there & play any file & are wireless

Bring Chrome OS to dual boot on Android them we might talk, my an app that takes control of android... Keep on the Eco system. i plug my phone on MHL with BT KB/touchpad that works similar or better

The main problem with this is that you can get a far more powerful Intel or AMD (Windows/Linux/Hackintosh) box for roughly the same price; Newegg has them listed constantly in their newsletter. You can even get a halfway-not-crappy laptop at that price point.

With those specs, it's overpriced.