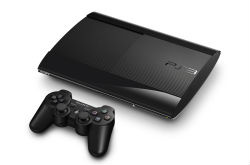 PS3 security suffers another setback.
Over the past few years, there has been several breaches of the PS3's security, which is geared toward controlling what can be run on the device. A few days ago, it suffered another big setback when a crew calling itself "The Three Musketeers" released the LV0 keys into the wild.

The group claimed that the keys were only made public because another group was using the code to develop its own customer firmware (BlueDiskCFW) to sell.

According to reports, the keys may be used to decrypt future console updates in order to incorporate changes into custom firmware packages, or get around new security measures.

"You can be sure that if it wouldn't have been for this leak, this key would never have seen the light of day," the group wrote in a note with the release. "Only the fear of our work being used by others to make money out of it has forced us to release this now."

What impact the new developments will have on the modding scene, or on the rate of PS3 game piracy, remains to be seen.

I doubt piracy on PS3 will climb much higher, especially when anyone who signs to PS+ gets free rentals while they stay signed. Kind of makes piracy pointless on that console, unless your obsession with must have every release as it releases takes over you.

it did well to last as long as it did PS4 will be out next year.

I am really unsure of what to make of this whole security breach. This would be an everyday occurence for Sony and the Playstation brand as most features are locked down and people like to see if they can break it tweak it etc..

Depends on what you mean by again; as far as I am aware no one else has posted these keys; it's like the master keys for the PS3. It doesn't change anything with regular users that want to stay legit, just in theory means that Sony can do whatever security boost in firmware they want, they screwed cause the system is now fully open. (Similar to how MS can't do anything regarding 360 jtags).
626.10.2012 07:13
mikegee2
Send private message to this user
Newbie

Where can we find what it does?

Originally posted by Mysttic: I doubt piracy on PS3 will climb much higher, especially when anyone who signs to PS+ gets free rentals while they stay signed. Kind of makes piracy pointless on that console, unless your obsession with must have every release as it releases takes over you.

Yeah, good point... I find myself enjoy more gaming with PS+ than patching this or that to get certain things to work, life is too short :)

Peace!
Comments have been disabled for this article.