Activision not happy with Wii U launch 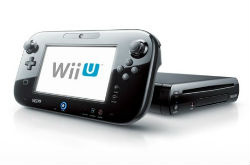 Wii U sales hit 3 million worldwide.
That isn't enough to satisfy Activision CEO Robert Kotick however (and not Nintendo either), who said that the publisher is "somewhat disappointed" with the start the Wii U has had.

He made his comments when responding to a question during a post-earnings financial call on Thursday. The question concerned the sales of Activision's Skylanders series on the Wii U.

Kotick said that with the lower-than-expected sales - combined with the target audience of 6-11 year olds for the Skylanders series - it is "something we are concerned about."

Still, it is not all bad news at all for Activision, who reported $4.86 billion in revenue for 2012, with profit at $1.1 billion.
Tweet
Tags: Nintendo activision Wii U
<Spotify now on Windows Phone 8 >Microsoft targets 57 security issues in Patch Tuesday bundle
Previous Next

So Activision is blaming their poor game sales on the console they make it for? Interesting.. Maybe parents didn't have the money to invest in the game and the tons of characters for the Wii U and decided to just get it for their current Wii system instead.