BlackBerry CEO: Tablets will be dead in five years 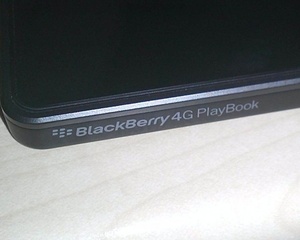 BlackBerry CEO Thorsten Heins has once again taken shots at the tablet market.
The exec says the traditional tablet will be dead in five years: "In five years I don't think there'll be a reason to have a tablet anymore. Maybe a big screen in your workspace, but not a tablet as such. Tablets themselves are not a good business model."

While Apple, Google and Samsung may disagree with that statement, BlackBerry has a checkered past with tablets. In 2011, the company debuted their PlayBook for $500. Sales were so terrible the company was forced to liquidate, selling the tablets for as low as $169 and taking a large $485 million loss.

Heins says they remain committed to tablets, but any future device depends on how well BlackBerry 10 sales are on phones. So far, Z10 sales have been mediocre but the company has high hopes for the Q10.
Tweet
Tags: tablets BlackBerry 10 Thorsten Heins
<The Samsung Galaxy Tab 3 is a 7-inch tablet that makes phone calls >Report leaks monster Galaxy Note III specs
Previous Next

BB could be a resurrection but it is a failure...too little, too late. so don't give us craps BB, peace.
5 yrs and tab death? at least, apple would not make ipads if it would happen.

Keep targeting business you morons, everyone else who has success with tablets targets the proper audience, the consumer for consumption and fun... not for work. Congratulations for missing over 75% of the target audience by being retarded. Honestly, in five years, I see our phones being our full time computer. We will have screens at work, at home (tv included) that project everything on your phone onto that screen and the phone may even have multiple operating systems you can jump between (I am thinking big dammit)!

Personally, I see the future a bit differently...I might be wrong...but the next generation I see is:

1.) Small network connectivity devices...like 4G/Cell watches.
2.) Significant drop in smart phones...replaced by Tablets, PDAs, and glasses that get their connections from the small network connectivity devices.
3.) Laptops will be around for a while, but at some point digital glasses will probably replace the screens for some people...and then the only thing the laptop will offer is the keyboard, which can be replaced with a simple BT keyboard.
4.) It will probably be a very long time before larger personal computing devices like Gaming PCs, graphics workstations, and video game consoles are phased out...even in the USA there are still many areas where there is no high speed, unlimited data internet available, so cloud computing doesn't work. In the longer term, I think we will see this change.
5.) I hope TVs will survive for a long time. I know that staring that the screen while sitting next to your family isn't an ideal form of bonding, but it has to be better than sitting in different rooms while wearing your digital glasses. Something tells me my hopes will not be fulfilled.

I would have to agree, but the tablet won't replace the smartphone. it will become a household object. The input and screen real estate is a very touchy subject however but eventually we'll reach a healthy medium for the everyday use. The phone can't compare and by design is becoming less and less user friendly when used as a phone. I hope google glass really hits a new paradigm and makes everyone forget about carrying something for communications, it would be the next logical step.

And #5, the new xbox showed some video of how a projector can be used to turn a whole room into a immersive environment.
http://www.afterdawn.com/news/article.c...you_in_the_game

I'm not into Tablets, so I will not miss them at all.

Live Free or Die.
The rule above all the rules is: Survive !
Capitalism: Funnel most of the $$$ to the already rich.
630.4.2013 16:37
PraisesToAllah
Send private message to this user
Member

Laptops are more likely to go out of extinct before tablets are....i think

Come on! Of course tabs won't be dead in 5 years. It's just wishful thinking from BB so they can hope to have some company in the graveyard.

"You know, it seems that quotes on the internet are becoming less and less reliable." -Abraham Lincoln.
83.5.2013 20:53
voyager
Send private message to this user
Member

Originally posted by dali: Come on! Of course tabs won't be dead in 5 years. It's just wishful thinking from BB so they can hope to have some company in the graveyard.

Heh, yeah I agree there. To all those that don't like tablets doesn't mean they will be gone in 5 years as there is some room in the market for individual preferences.

I would like to have been appraised as to WHY he was making that statement... especially what's become a loser company like BB. It's pretty naff to just throw out those statements and not explain exactly why.
Its a lot easier being righteous than right.

Originally posted by Jemborg: Heh, yeah I agree there. To all those that don't like tablets doesn't mean they will be gone in 5 years as there is some room in the market for individual preferences.


Yes. And let's think for a minute in how many people from those who said they'd never have a mobile phone 10-12 years ago depend on it nowadays.
"You know, it seems that quotes on the internet are becoming less and less reliable." -Abraham Lincoln.
Comments have been disabled for this article.