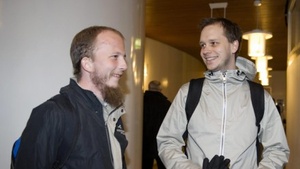 Gottfrid Svartholm Warg, infamous as one of the co-founders of The Pirate Bay torrent tracker, is facing even more hacking charges, this time in Denmark.
Warg had just stood trial in Stockholm over major hacking charges and is awaiting a decision.

The co-founder and an unnamed 20-year-old Danish man have been in arrested and are accused of accessing the country's driver's license database, social security database and stealing the emails and passwords of over 10,000 police officers and tax authorities.

If convicted of all charges, both men could face six years in prison.

Does anybody think this is a setup?