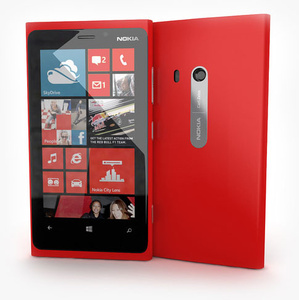 According to a New York Times report, Nokia had Android running on Lumia handsets before it was negotiating a deal to sell its phone and services assets to Microsoft.
The report cites two sources (unnamed) briefed on an internal Nokia project that ported Google's Android operating system to Lumia smartphones, which are sold running Microsoft's Windows Phone software only.

Nokia's Lumia devices were aimed at fighting the company's declining status in the smartphone business. In that regard, they largely failed given that Nokia's share of the smartphone market plunged to 3 percent during the first half of 2013, down from 32.8 percent in 2010.

However, over 80 percent of all devices sold running Windows Phone software are Nokia devices.

The iconic Finnish firm had the option to exit the Windows Phone partnership at the end of next year, and it would appear that releasing smartphones running Android was part of a "plan B".

According the New York Times sources, Microsoft was aware of Nokia's Android project, but that it was not a factor in the negotiations for Microsoft's acquisition of Nokia's phone business.
Tweet
Tags: Nokia Android Lumia
<Google rejects Pirate Bay removal request >PS4 beating Xbox One performance, says devs
Previous Next

Quote:...it would appear that releasing smartphones running Android was part of a "plan B"

Maybe shoulda went with plan B?