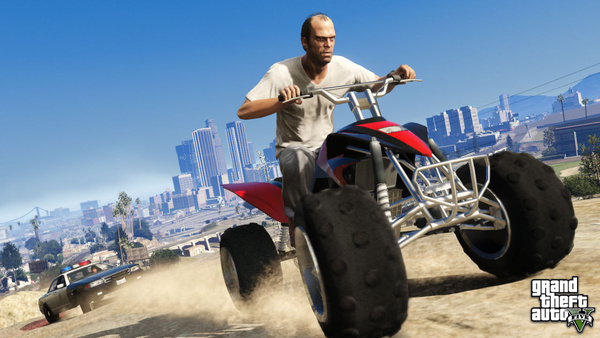 Take-Two has announced that its Grand Theft Auto V blockbuster has reached $1 billion in sales in just three days of availability.
The latest in the GTA series was expected to reach $1 billion in its first month, but after a staggering $800 million on its first day, it became clear that it was set to break new records. It has reached the milestone faster than any entertainment property has before it.

"Grand Theft Auto is a cultural phenomenon and Rockstar Games continues to redefine what can be achieved in interactive entertainment," Take-Two CEO Strauss Zelnick said in a statement.

"We are incredibly proud of the extraordinary critical and commercial response to Grand Theft Auto V."

That's a lot of dough. The game is massive though and has been long awaited. Hope to continue on and even raise the bar higher for the franchise.

that should stop any sort of sale.