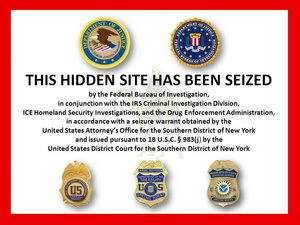 British police have arrested four men as part of an ongoing investigation into the Silk Road, a dark web drug market that was shut by the FBI this month.
Three of the arrests were made in Manchester, and the fourth in Devon. They were arrested on suspicion of drug offenses by the UK's National Crime Agency (NCA).

"These arrests send a clear message to criminals; the hidden internet isn't hidden and your anonymous activity isn't anonymous. We know where you are, what you are doing and we will catch you," said Keith Bristow, director general of the NCA.

"It is impossible for criminals to completely erase their digital footprint. No matter how technology-savvy the offender, they will always make mistakes."

Indeed, alleged Silk Road operator Ross Ulbricht appeared to unmask himself through a number of mistakes that led the FBI to him, rather than a failure of the TOR network that protected the source of the Silk Road server.
Tweet
Tags: Silk Road
<Android is more secure than the iPhone, says Eric Schmidt >Amazon shipping Chromecast outside U.S.
Previous Next

What a shame.......This was a tiny hope for a more widespread solution to distributing bud. I'm all about legalizing that. Everything else.............nope