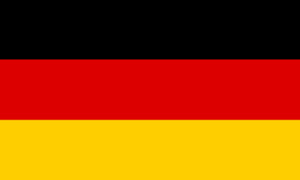 An Internet Service Provider has been blocked from enforcing speed caps on customers who exceed a monthly data limit.
Deutsche Telekom has been told by a German court that its plans to limit its customers' data speeds after they reached a monthly limit would put them at an "unreasonable disadvantage."

Initially, the provider had hoped to enforce a 384kbps download speed limit on fixed-line customers who exceeded a monthly data cap. After public outcry, it pushed up the speed limitation to 2Mbps. However, some Deutsche Telekom customers in areas covered by fiber have services up to 200Mbbps, meaning the provider would be giving them only 1 percent of what they are paying for.

Verbraucherzentrale NRW, a German consumer lobby group, brought Deutsche Telekom to court to fight the planned speed caps, and now says there is no legal basis upon which the provider can enforce one.

I think the court is making a blunder in this case. The subscribers knew what they were signing up for. So how can enforcing the speed limit be illegal. Here in India we have 2 kinds of services in "fixed billing". This provides you a guaranteed speed for certain amount of data download after which it drops down to 256 or 512 kbps depending on the package. In the other case you pay a certain amount for certain speed and certain amount of data transfer. You get disconnected when either is exhausted. If a subscriber has knowingly signed up for this kind of service how can the court intervene?

Twitter Badge
Blocked
Facebook Connect
Tracking (Suggested)
Google +1
Blocked
Google Adsense
Blocked
Comscore Beacon
Blocked
Doubleclick
Blocked
Evidon
Blocked
Quantcast
Blocked
SkimLinks
Blocked
However, some Deutsche Telekom customers in areas covered by fiber have services up to 200Mbbps, meaning the provider would be giving them only 1 percent of what they are paying for.