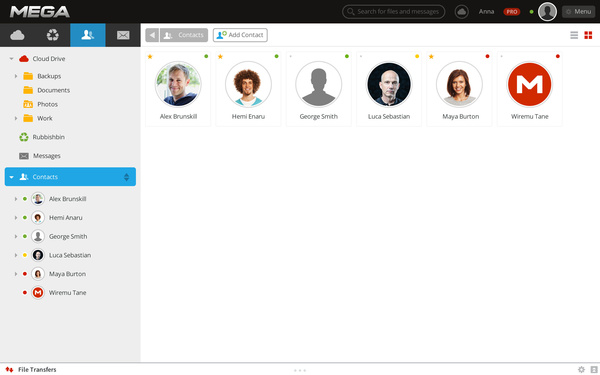 Kim Dotcom's MEGA cloud storage solution has exited beta with a bunch of improvements, and is promising some interesting new features for next year.
The service now loads faster after the code was made more efficient and dynamic feature fetching was implemented. The user interface has had a major revamp, dramatically reducing CPU overhead, while local caching will be used to speed up subsequent logins.

Navigating the site while file transfers are in progress is now supported. Your transfer queue will shrink to a small transfer widget in the lower left corner whenever you leave the file manager. User can also now use avatars and contact management has been improved.

You can now see the number of files a user is sharing with you, along with the last modified date/time. This is useful for tracking changes (in addition to the instant notifications). 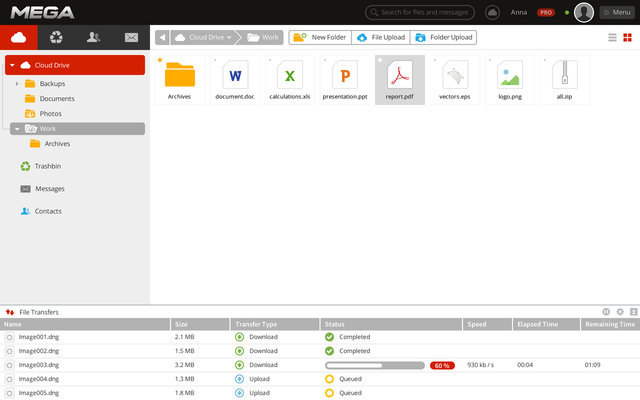 The Firefox extension will reduce loading times, improve download performance and strengthen security, with downloaded data written directly to your hard drive instead of buffering it in the browser. It also allows you to download entire folder structures.

"Updates to the app are cryptographically signed - by us, not by an entity that falls under the jurisdiction of National Security Letters," the blog announcement reads.

Later on in the month, MEGA will release an iOS application and a sync client (see below). 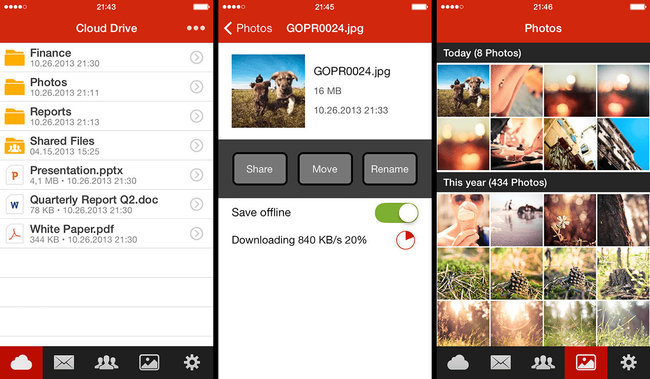 In Early 2014, MEGA is also promising encrypted messaging between users which also supports file and folder attachment. Encrypted chat will also be delivered, including audio and video. 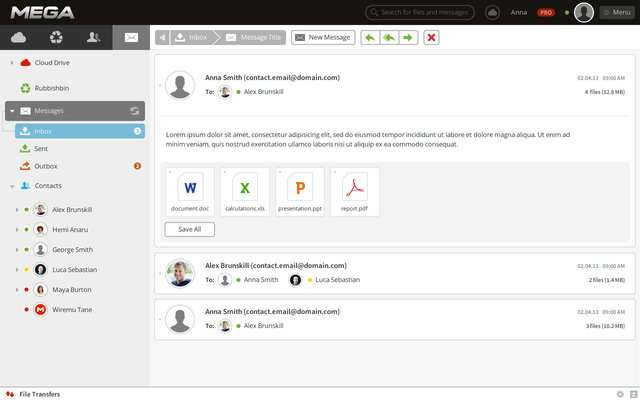 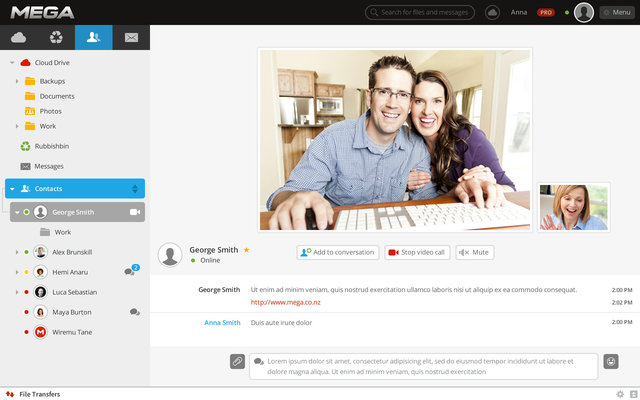 Glad they seem to be working on FF compatibility. It sucked to try to upload on there using FF. Upload speed would slowly decay and then stall. When the site realized it was froze it would restart the upload fresh from 0% and keep doing this over and over again. It would finally get the transfer done but it would take forever, especially on a 10/1 connection. Chrome works better since they originally coded the site for chrome but I prefer to use FF. Overall I like the site and hope to see more features and improvements developed as time goes on.