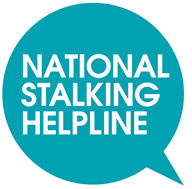 In the UK, several charitable organizations have voiced concerns over rising levels of such incidents, including the National Stalking Helpline, Women's Aid and the UK Safer Internet Centre, reports the BBC News website.

She said she made a stupid mistake by giving him the pictures in the first place, but that she never thought he would do something like this. The pictures spread quickly from being on three sites, to over 200, causing the woman considerable distress.

"Once he put the pictures up he crossed the line. You're ruining someone's life," she said.

In the UK, some anti-harassment laws on the books can help to prosecute an offender, but there are fears that many victims are too embarrassed to come forward.

"I think we're a bit slow catching up here and because it's being talked about a lot more in America they're starting to introduce more robust laws," said Laura Higgins, helpline manager at the UK Safer Internet Centre.

"There is legislation here in the UK but I don't think it's very co-ordinated. It depends very much on who your local police force are and whether your courts have had experience of dealing with these issues."

I know this is case by case, but if that Woman of 10 years cheated on him or did something awful to him maybe it was deserved. If you don't want the pictures posted don't send them in the first place or wrong someone that has them.

On the flip side, if someone breaks up with you the right way and didn't do anything wrong, you are kind of an asshole for uploading those

If your a woman, perhaps you should know better than to have your pussy photographed.....

Even if she cheated, that doesn't give anyone the right to post them on the internet. At least in Finland you will get either jail or a big fine and have to pay the individual you caused distress or both of them in most cases. Making sex videos or pictures isn't very smart in the long run but lots of people do it.

If it doesn't work out, leave it at that!