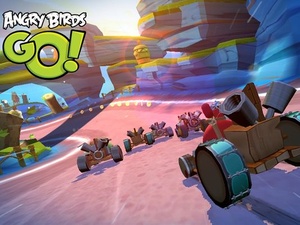 Rovio, the gaming company behind the blockbuster Angry Birds series, saw its profits fall almost 50 percent in 2013, on Rovio that barely grew.
The Finnish gaming co. had $215.9 million in revenue for 2013, just 2.5 percent higher than the $210.6 million in sales it saw for 2012.

Rovio collects most of its revenue from sales of the games and merchandising and licensing of their characters into toys and cards and more. Additionally, the company has an animation studio and is working on TV shows and a film.

Here's an interesting look at some other casual gaming hit makers, all from Nordic nations:

There are only so many ways you can remake the same game with different themes before people become bored with the concept. I was intrigued by the racing game until I saw that there were in game purchases, that turned me off to it.

People have just moved on to the next big thing.

This is a company that needs new ideas.

Yep - those in-game purchases killed em in that game.